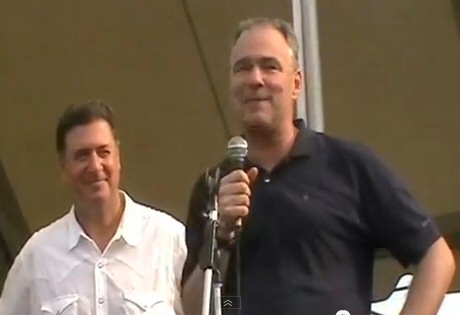 Once again, you lose Felix!

Anne Holton to Deliver 30,866 Kaine for Senate Petitions to Qualify for Ballot

Richmond, VA – This afternoon, former First Lady Anne Holton will deliver 30,866 petitions to Virginia’s State Board of Elections to qualify her husband, Governor Tim Kaine, for placement on the ballot ahead of this year’s Senate election.

That’s about 4,000 more signatures than George Felix Allen’s campaign turned in a couple weeks ago. Meanwhile, Felix faces a “host of GOP challengers”, while “Reston businessman Julien Modica and Fairfax business consultant Courtney Lynch, have bowed out of the nomination contest and put their support behind Kaine.” Hey Felix, have fun debating Jamie Radtke, “Sideshow Bob,” and the rest of the right-wingnut funky bunch. LOL