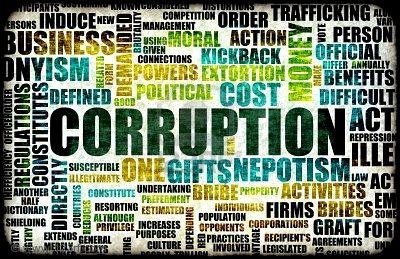 As Ken Cuccinelli gears up for his run at the governor’s office (refusing to follow Bob McDonnell’s example and resign as attorney general), let’s not let Virginians forget a couple of the worst examples of Cuccinelli’s questionable actions in office. Perhaps the worst is getting involved with Bobby Thompson, the con man who was running a multi-million-dollar scam known as the Navy Veterans Association. The timeline of Cuccinelli’s involvement looks extremely bad.

Cuccinelli received $55,000 in campaign contribution from Thompson. He met with a lawyer representing the bogus charity about legislation that had cleared the state senate exempting the NVA from having to register with Virginia regulators. About the same time Cuccinelli announced that if elected he would move the Office of Consumer Affairs under the Attorney General’s office. The Office of Consumer Affairs had at that time begun to investigate the Thompson scam charity. The question for voters is this: Did Thompson buy “access” to Cuccinelli, or was that $55,000 a bribe to end an investigation into Thompson’s criminal activities?

Or, how about Cuccinelli’s ridiculous “investigation” (harassment) of climatologist Dr. Michael Mann and his attempt to force the University of Virginia to turn over all documents related to Dr. Mann. Was that whole crusade, ended by the Virginia Supreme Court, caused by Cuccinelli’s concern about the validity of climate change or the fact that his father spent most of his working life as an executive in the natural gas industry?

From 1971 to 1997, Ken Cuccinelli, Sr. was either earning big bucks at the American Gas Association or as an executive at Consolidated Natural Gas. That family connection raises serious questions about Cuccinelli’s fitness for office, just like the timeline between the huge donation by Bobby Thompson to his AG campaign and subsequent actions that could be construed as aiding and abetting a deal that would put the phony charity beyond the reach of state regulators.

Let’s not let Virginians forget that Ken Ciccinelli has done things that raise serious questions about his fitness to fill any office in the Commonwealth. I shudder when I think of his sitting in the governor’s chair.