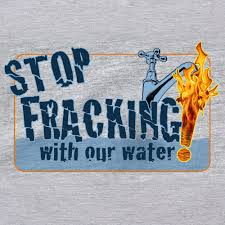 So begins an Indy Week article.  You can almost hear the tooth doc saying, “Drill, Baby, drill.”  Sen. Rucho can hardly wait to use hydraulic fracturing, which injects a “witches brew” of chemicals under high pressure to tap gas resources purportedly beneath rural Chatham County and Sanford.  In either case, the effort would be dangerously (from a seismic perspective) near the Sharon Harris nuclear plant.  And equally important, it has the potential to destroy the ground water (and therefore the drinking water) for a large area of NC. You’ve  got to wonder how dentistry is considered sufficient background for the man who would lead NC down this “scorched-earth” path. You know, they had to destroy the NC quality of life to save it.

The version passing out of committee is the more lax of the proposals envisioned by NC lawmakers.  A somewhat more protective plan (which advocates seem a bit too sanguine about–more on that later) has also been proposed, but awaits action.

Most of you already know what fracking is.  The article cited in the previous paragraph describes this method to tap shale as follows:


A drilling method pumping millions of gallons of a pressurized stew composed of water, sand and chemicals to crack shale deposits and guzzle their believed natural gas store, fracking is seen by advocates as a game-changer in a state besieged by billion-dollar budget deficits and stubbornly gloomy unemployment.

Indeed you hear the words “game changer” everywhere in the extant media.  On NPR the term was all over the schedule.  This past week promos for gas exploration hyped the process, dismissed real safety problems, grossly exaggerated the prospects for jobs, and utterly misled the public on the real risk to groundwater (and hence drinking water) and ignoring the earthquake risk. Officials in Ohio have now attributed the recent quakes there to fracking. And Arkansas has suspended fracking in its state for the same reason.

Similarly, you’d think that the many instances of groundwater contamination in Dimock, PA, had never happened. Nor the many other instances shown in the documentary Gasland.

One of the many absurdities of recent weeks is that the NC Dept of Environment and Natural Resources (DENR) produced a report illustrating many of the problems, unanswered questions and issues concerning fracking and, then, despite these many issues, ended the report opening the door to fracking.  The report and its conclusions were very inconsistent with each other.

Here is a website which posts resources for opponents of fracking. And here is a resource page which includes the PDF file for the DENR final report.

Indy Weekly also cites a report by HS Global Insight indicating that six US fracking locations are likely to absorb 90% of the expansion in fracking nationwide, but NC did not make the cut. You’d never know this from the hype. Nor will there be many jobs, only about the equivalent of several large grocery stores.  Nor do proponents admit that there is a surplus of “natural” gas. Yet the would-be frackers keep telling North Carolinians otherwise.

One of the bright spots in the past few months is the local Chatham County Democrats’ involvement in the effort to fight back against fracking.  Perhaps issue advocacy might not only lead us to more rational solutions, but also help energize local Democratic groups, as they move toward the November elections.  The hope is…

To be continued in Part 2.