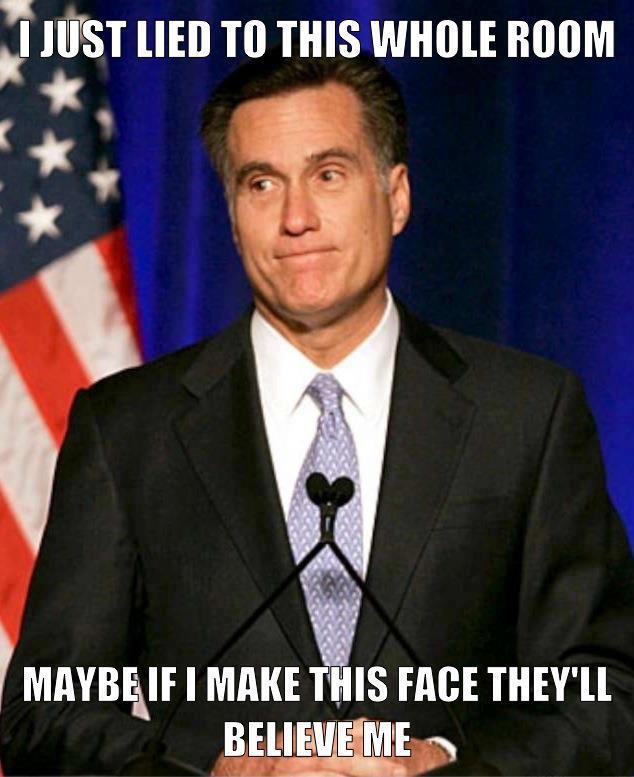 Question: How do you know when Mitt Romeny is lying? Answer: When he opens his mouth.  Every time he talks, Mitt Romney digs himself into one hole after another. Like a worn cliché, he can’t help himself. Such pathology makes the phoney “maverick,” desperate 2008 candidate, and tireless serial trumped-up war-monger, John McCain, look like a truth-teller.

ThinkProgress cites a Bloomberg News article finding that the Romney campaign directly asked Florida Gov. Rick Scott do cool references to an improved Florida economy.  After all, that would render Mitt what he is-a liar.  Romney is also overplaying the portrayal of Iowa as struggling more than it is, much to the IW governor’s chagrin.  But the word has apparently gone out that the governors and the Chamber of Commerce should be careful not to trumpet improving numbers.  Talk about no coattails for them!