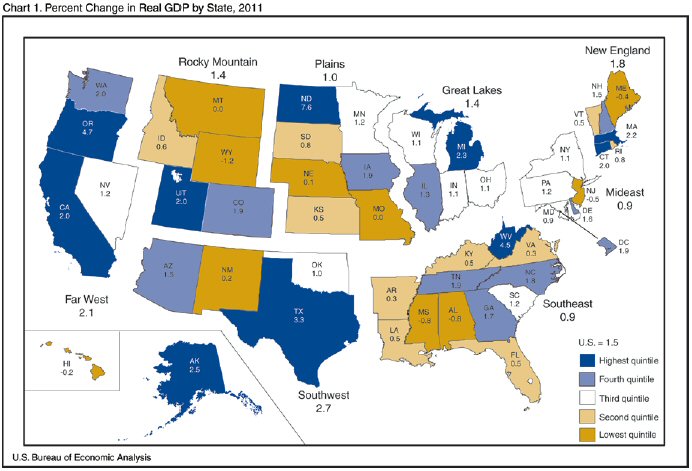 Great job by “Bob’s for Jobs,” huh? That’s right, in 2011, Virginia’s real GDP growth ranked #40 in the country, behind neighboring states like Maryland (#30), North Carolina (#15), Tennessee (#13), Kentucky (#34), and West Virginia (#3). That’s even with the fact that Virginia was a disproportionate recipient of federal largesse, thanks to its proximity to the nation’s capital and its large federal civilian and military population. Great job, T-Bob!

P.S. In other news, Virginia received an “F” grade, finishing #46 among the states in terms of the State Integrity Investigation’s results for the political financing category. Once again, heckuva job, Bob!