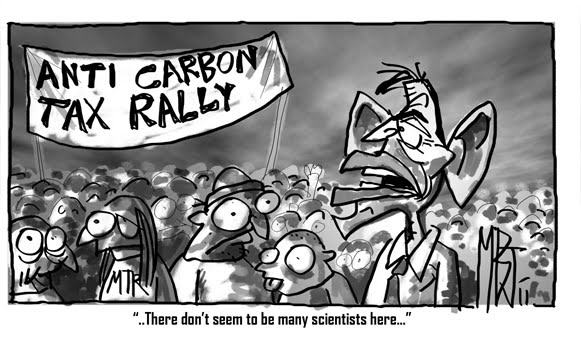 If America could tax every policy lie and/or half-truth told by members of the Republican Party, our debt problem could be quickly solved. Walla! While my policy proposal may not be rushing through the House of Representatives anytime soon, a sensible carbon tax policy like that offered by Rep. Jim McDermott (D-WA), the Managed Carbon Price (MCP) Act should be the next launching point to finally address carbon emissions by America’s businesses.

“The MCP is unlike a traditional carbon tax, because the MCP creates a flexible price system that provides certainty by accounting for volatility in the energy markets, requires specific emissions reductions, and addresses any increase in energy costs with dividend payments to the public.”

What more could a cost-conscious, business friendly, but increasingly carbon-concerned legislative GOP want in a carbon tax bill? In July, GOP ex-Congressman Bob Inglis even jumped onto the carbon tax scene (perhaps unwittingly) when he started a campaign to “explore and promote conservative solutions to America’s energy and climate challenges,” a conservative way of saying that taxing carbon has been given the green light.

Of course, this is merely the campaign of one former Republican member of congress. Exhibit B, James Inhofe. In the wake of McDermott’s carbon tax bill, Inhofe chided the Democratic Party for imposing “an energy tax on consumers,”  his way of saying that carbon taxes on America’s businesses is still not on the Republican policy agenda.

Without the carbon tax on the legislative table, there is simply no other viable policy solution to reducing America’s carbon emissions in a meaningful, “game changing” way. Using incentives and voluntary systems may be minimally effective, but it’s questionable whether or not such schemes will bring the long-term and radical carbon reductions that may be necessary to stem the worse effects of climate change.

First the GOP puts America’s economy in peril, now they put the future of the human race in danger…again.

Video, Photos: “Hundreds of Community Members Rolled Out Across Arlington” Saturday in “Ride for Black Lives”