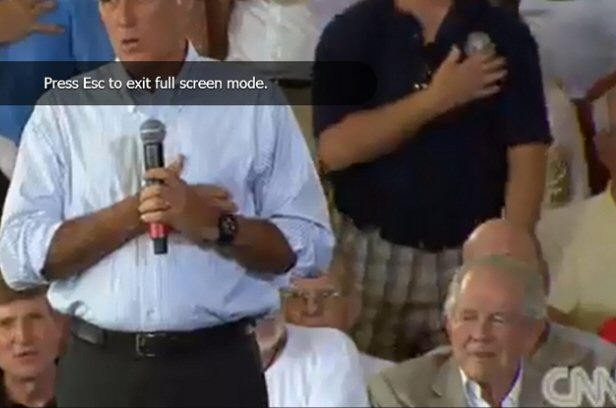 One day after endorsing @SteveKingIA, @MittRomney’s now campaigning with Pat Robertson on stage in Virginia Beach.

So, on the occasion of Romney palling around with hatemongers and lunatics two days in a row, I thought I’d remind everyone of just a (very) few of the many, many insane, hateful, bigoted things “Bobby” McDonnell’s “good friend”  – and obviously Willard Romney’s big-time supporter now – has said recently and over the years.

*Robertson recently went on a bizarre rant against adoption

*Robertson said about Todd Akin’s “legitimate rape” comments, that Akin “apologized,” so “let’s get on with life.”

*Robertson has engaged in insane talk and hate speech against numerous groups. For instance, Robertson said that feminism is “a socialist, anti-family political movement that encourages women to leave their husbands, kill their children, practice witchcraft, destroy capitalism and become lesbians.” He also said, “You say you’re supposed to be nice to the Episcopalians and the Presbyterians and the Methodists and this, that, and the other thing. Nonsense, I don’t have to be nice to the spirit of the Antichrist.” And that Planned Parenthood “is teaching kids to fornicate, teaching people to have adultery, every kind of bestiality, homosexuality, lesbianism – everything that the Bible condemns.”

*Top 10 Craziest Things Ever Said By Pat Robertson – Including classics like the earthquake in Haiti had something to do with Haitians supposedly having “swor[n] a pact with the devil; like Hurricane Katrina supposedly was related to “the wholesale slaughter of innocent children;” like totally concurring with his friend Jerry Falwell that the 9/11 attacks were the fault of the ACLU, “abortionists,” “pagans,” “feminists,” “gays,” “lesbians,” People for the American Way, anyone who tries to “secularize America.”