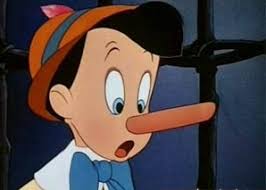 In the debates with my opponent, Bob Goodlatte, I made this key point:

“Never in our history has there been a political party so dishonest with the American people as what the once respectable Republican Party has become.  Bob Goodlatte is a part of this problem because he so consistently promotes this dishonest party line.”

The debates provided a host of examples of falsehoods, distortions, and hypocrisies-on fracking, on Obamacare, on job-creation, on balancing the budget.

But I want to focus on a particular statement that Mr. Goodlatte made in at least two of our debates because this statement is especially important and especially revealing of the moral bankruptcy of today’s national Republicans.

“It’s all THEIR fault,” he was saying.

This is not only baloney.  It’s deliberate baloney.

During these past two years, when Republicans held a big majority in the House, Mr. Goodlatte and his Republican colleagues focused on passing measures that had no chance of becoming law.

They consistently made no effort to bring Democrats – in their own chamber, in the Senate, or in the White House-into the process of writing their bills. And the bills they passed were not even within striking distance of reaching any agreement in a House-Senate conference.  Where in the record is there any evidence of a desire to find common ground?  The Democrats in the Senate would have been fools to imagine that there was an opportunity to work together to get real legislation passed.

(The Ryan budget illustrates the larger pattern: the Republicans, including Bob Goodlatte, passed this measure that would gut Medicare, making seniors pay more for the healthcare they need in order to give yet another tax cut to the richest of the rich.  There was zero chance that it would pass the Senate or be signed by the President.)

The Republicans were not seeking to get legislation enacted, and do the people’s business (like passing a jobs bill). They were playing politics.  They were making empty gestures.

How clear is it that they were big on empty gestures?  They voted to repeal President Obama’s healthcare reform accomplishment more than 30 times. 30 TIMES!  Have we Americans ever seen the likes of that before?

And we know why they were playing these games.

We know, because it is well documented, that the Republicans decided, before President Obama was inaugurated, that they would do everything they could to make this President fail. This was their strategy for regaining the White House from even before Day: prevent anything constructive from being accomplished, even if their actions would inevitably hurt the country.  (And this was when the nation’s and world’s economy were on the edge of an abyss, and the president’s failure would inevitably mean the nation’s failure, and suffering for tens of millions of Americans.)

The respected former Republican Senator from Ohio George Voinovich has said, “If the President was for it we were supposed to be against it.”

So gridlock was no accident. It wasn’t caused by uncooperative Democrats in the Senate.  This gridlock was key to the Republicans’ whole political strategy of the past four years.

Why is this instance of dishonesty especially important?

It goes to the heart of the American people’s profound dissatisfaction with Congress. Approval of Congress is at record-low levels, and that’s because this Congress has accomplished less than any Congress in generations. (Indeed, it has been less than half as productive as the previously least productive Congress in our times.)

The Republicans, including my opponent, Bob Gridlock, broke our political system so they could gain political advantage by posing as the ones to fix it.

Why is this instance of dishonesty especially disgraceful?

Making it their top priority was to make the president look bad by preventing anything from being accomplished –in a time of national crisis-was disgraceful enough. Now, the Republicans like Bob Gridlock are compounding their sin by trying to put the blame on their opponents for the gridlock they deliberately produced.

If that’s not a sign of moral bankruptcy, what would be?