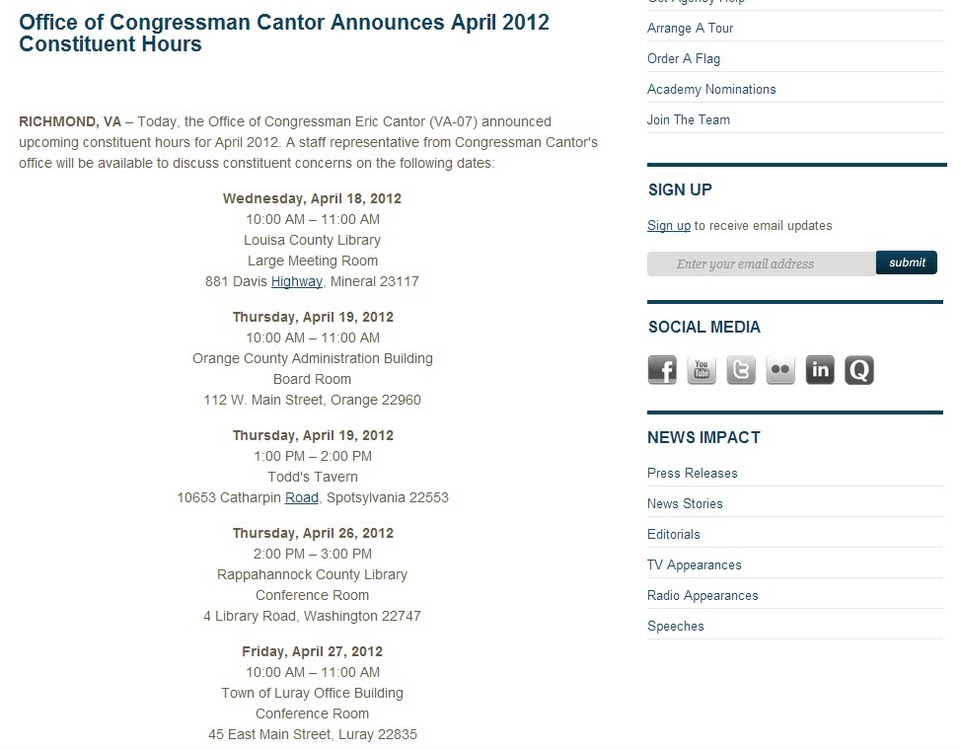 As many in the news media have reported, the Oct. 1 debate between Wayne Powell and Eric Cantor had its fair share of memorable moments. Words like “heated”, “slams”, and “zinger” became the media’s go-to language to describe this contentious one-off meeting. But all too often, the specifics of a debate are washed away in the unavoidable sea of buzz-words and oversimplification.

Which is why we’re taking the time to revisit the moment in the debate when half the crowd laughed at Eric Cantor.

At the 59 minute mark in the C-SPAN2 video, following a lengthy and condescending dissertation on the Department of Defense, Cantor smiles and says the following:

“The fact is, I don’t think Mr. Powell understands what being a Congressman is about. Because you do your best work when you’re at home with your constituents…”

That was when half the room erupted in laughter. You can’t hear it well in the video, but you can clearly see just how much of an effect the honest reaction of an indignant citizenry knocked Cantor off his game.

Claiming to be an authority on congressional duties is bold talk for a man notorious for ducking the people of his district. It’s common knowledge that calls to Cantor’s district offices often go unanswered, appointments are near impossible to make, and he’s unwilling to hold free-and-open town halls.

But don’t take our word for it. Read this firsthand account first posted on Blue Virginia of one 7th District woman’s attempt to have a simple discussion with Mr. Cantor: https://bluevirginia.us/dia…

Unfortunately, this issue of absentee representation isn’t an isolated incident. Check out the “Constituent Hours” section of Cantor’s official House website, which lists dates and times that he will be available to residents of the district. It’s not often an opponent makes your point for you: http://cantor.house.gov/press-…

The site proudly lists Cantor’s constituent hours through late April…and then stops. Unless the GOP Leader’s office functions within some kind of Republican wormhole, this webpage hasn’t been updated, added to or in any way changed in nearly six months. So if you’re interested in meeting with a “staff representative” to discuss the issues that mean the most to you, tough luck. Eric Cantor has a CEO who’s hand he needs to re-shake.

Is this the kind of engagement Eric Cantor was talking about? Is this the type of on-the-ground hard work he was pontificating about when he gleefully chastised Wayne Powell?

If this is what Mr. Cantor thinks it means to be a Congressman, we’re glad Wayne doesn’t understand.