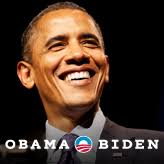 I know that a lot of Democrats are anxious, even upset, right now about recent polling numbers. Of course, when you have the corporate media pounding day-in, day-out on the theme they’ve all decided on, which is that Romney supposedly “won” the debate last week, even though almost every word he said was either a lie or a flip flop/Etch-a-Sketch, what else can you expect? Despite that, the fact is that the economy’s improving, we got GREAT numbers this past week from the Bureau of Labor Statistics and private economic firms (time for Dems to TALK ABOUT THIS!), and President Obama’s still the favorite on November 6 in Nate Silver’s model and elsewhere. Need more cheering up? How about the following numbers from Gallup, which just posted them at 1 pm.

*Obama leads Romney by 5 points (50%-45%) among registered voters. That’s a 2-point improvement from yesterday. So much for Romney’s post-debate “bounce?”

*Obama and Romney are tied (48%-48%) in Gallup’s likely voter model (up 2 points from yesterday). We’ll see if that’s accurate or not, but here’s where I’m thinking the Obama “ground game,” which they’ve invested huge resources in, should pay big dividends.

*Gallup’s Job Creation Index, at +22 (up 2 points from yesterday), is close to the highest levels it’s seen since early 2008, well before the collapse of Wall Street led our country into the Great Recession.

*Gallup’s Economic Confidence Index (up 3 points today) is now 80 points (!!!) above where it was 4 years ago at this time.

Look at all these statistics from Gallup, and please explain to me how a sitting president with numbers like these loses his bid for reelection? I don’t see it.

P.S. More good news on the polling front: Obama’s up 49%-45% in Florida, an absolute must-win state for Romney.

UPDATE: Another good poll, this time of Minnesota by Public Policy Polling, shows “Barack Obama expanding his lead to 10 points over Mitt Romney at 53-43.”