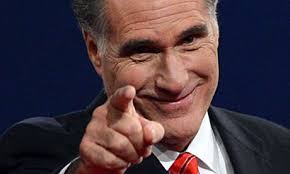 (Update (hat-tip to Ingrid): It turns out that the #bindersfullofwomen lie was a bigger one than I thought when I wrote this diary. Check out this link).

I was talking to a woman who is a registered Republican this morning and she was livid at Mitt Romney’s reference to #bindersfullofwomen. If ever there were an empty, insulting and insufferable pander to women, that was it, we agreed. Aside from providing an inadvertent, stunningly insincere moment, Mitt gave the impression he had to have his staff search far and wide. Of course, no such great adventure was necessary for men.  And then, as he represented the so-called anecdote, Snake Oil Mitt portrays women as two dimensional.

Talk about not ringing true! Indeed as the Boston Globe showed, Mitt did not have an exemplary hiring record at Bain Capitol or its related groups.


Romney, however, did not have a history of appointing women to high-level positions in the private sector. Romney did not have any women partners as CEO of Bain Capital during the 1980s and 1990s.

The venture capital and private equity fields were male-dominated, to be sure, especially during Romney’s time. Women started to break into the upper echelons of the firm after it started a hedge fund, called Brookside in 1996.

Today, 4 of out of 49 of the firm’s managing directors in the buyout area are women.

There’s more below the fold…

His duplicity on the subject is made worse by the  fact that was unapologetic about embracing his Neanderthal Party’s abusive legislation to rein in the private lives and choices of women.

While a candidate’s religion is not a disqualifier from the presidency, it is discomforting that he served as a bishop in one of the most hierarchical churches on earth, whose attitudes and treatment of women wereand are far from exemplary. As such a church leader, Mitt was part of the problem. And his archaic views of women apparently are manifest in the fact that he he will let his out-of-control veep candidate bring forth the most draconian, anti-women, anti-middle-class budget in the history of the US. The “let them eat cake” plutocrat and his sniveling “Kid Serious” plans cuts which would decimate nearly all domestic programs.  Mitt is lying each and every time he says otherwise.  He supports the Ryan plan and the Ryan plan is a matter of record. Thank God for the Democrats who killed the Ryan budget, or we would be in economic hell right now.

The president was right that women would be especially hurt by the Ryan budget, which Mitt supports. There is no question which candidate supports women as real people, with real issues and real families.  And it is not Snake Oil Mitt Romney and his plastered on, unnatural smile.  It’s not Snake Oil Mitt with the jerky robotic responses-all showing a discomfort which gives hims lack of candor away. And it is not Snake Oil Mitt with the conscience (or lack thereof) which will lie himself into tomorrow, lying even more than he did in the last debate.  More on that in an upcoming diary.

The Lincoln Project mocks Falwell, and for good reason! https://bluevirginia.us/2020/10/jerry-falwell-jr-sues-liberty-university-for-defamation-says-libertys-actions-are-antithetical-to-the-teachings-of-christ-also-blames-the-lincoln-project-and-sinister-political-operatives#comment-5129922657