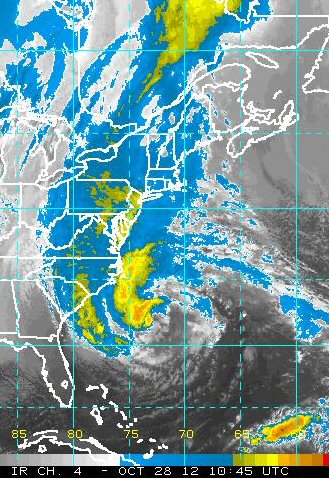 Here are a few Virginia (and national) news headlines for Sunday, October 28. We’ll see how much longer we can keep this blog operational, as I’m assuming a lot of us are going to be losing power tomorrow into Tuesday. Stay safe! (Note: See statement from the White House on the hurricane in the comments section)

*Ann Romney: “Throw out” the American public education system. (This interview is utterly abysmal, not just on education but on a number of topics. My god, what’s wrong with BOTH Romneys?!?)

*Barack Obama for Re-Election (“President Obama has shown a firm commitment to using government to help foster growth. He has formed sensible budget policies that are not dedicated to protecting the powerful, and has worked to save the social safety net to protect the powerless. Mr. Obama has impressive achievements despite the implacable wall of refusal erected by Congressional Republicans so intent on stopping him that they risked pushing the nation into depression, held its credit rating hostage, and hobbled economic recovery.”)

*Two scenarios for D.C.: Bad and worse (“Even if the Washington area escapes a direct hit from the storm, strong winds and flooding are likely.”)

*Approach of second hurricane in two years revs up preparations

*Poll: Slim majority express negative view of blacks (This is deeply disturbing. It DOES explain how a bigot like George Allen can not be automatically disqualified, as he should be, by 99.9% of Virginians, for his love for nooses, KKK founders, using racial and ethnic slurs, etc.)

*Editorial: Kaine for U.S. Senate (“Kaine’s experience as governor during the recession has given him a wisdom and pragmatism that will serve Virginians well in the U.S. Capitol.”)

*Romney: Virginia shipbuilding jobs on the line in election (Yeah, HIS party’s reckless, unbalanced policies will endanger them, along with much else…)

*Schapiro: McDonnell running out of time on roads (“It has been 26 years since Virginia made a sustained investment in highways and mass transit.”)

*Tysons’ last green space on verge of being saved

*Virginians stock up on supplies as storm nears

P.S. Check out this video of the Fox News legal team (of all people!) definitively declaring that Patrick Moran did nothing illegal. Surprising; I figured the Faux folks would be talking about whether the death penalty or life in prison without the possibility of parole was more appropriate. Heh.