Recently, Not Larry Sabato analyzed the Virginia House of Delegates district of Del. Bob Marshall (R-Prince William/Manassas Park), and concluded that it most resembles New Mexico politically – a solid Obama/Kaine/Democratic district in presidential years. The implication, of course, is that “Sideshow Bob,” as I call him (because of his many insane, extreme antics and general tomfoolery) should be one of the top targets for Virginia Democrats in 2013. Of course, that assumes we get our “presidential year” voters out in odd-year Virginia elections, and that’s easier said than done. But still, wouldn’t it be great to boot Bob for good? Seems like a no-brainer, right?

Then I saw this article and it got me thinking, are we actually better off WITH “Sideshow Bob” Marshall in some ways than without him? First, read this from the HuffPo piece:

Virginia Del. Bob Marshall (R-Prince William), the author of the state’s fetal personhood bill, says he has always been a bit of a thorn in the side of the mainstream Republican Party. But since the 2012 election, he said, the party is “more overtly gun-shy” about dealing with abortion, and the pressure from GOP leadership to back off of his socially conservative agenda is constant.

“It doesn’t happen more than seven days a week, 52 weeks a year,” he told The Huffington Post sarcastically in an interview. “Through committee assignments, being shoved aside … I’ve had to deal with things the hard way.”

He added, “The Republican consultants have advised ducking these social issues for years. The social conservatives don’t get any credit when they help Republicans win, but they get blamed by the consultant class when they lose.“

First of all, I’ve just got to say, hahahahahahaha. Poor Sideshow.

Second, more seriously, what this tells me is that “Sideshow Bob” is a major problem for Virginia Republicans, one they must expend a lot of energy on to try – and often fail – to keep under control. And why are Virginia Republicans even trying to keep “Sideshow Bob” under control at all? It’s not as if they disagree with him on making abortion illegal in most or all circumstances. Since it’s not substantive, it must be politics: e.g., Virginia Republicans know that the issues “Sideshow Bob” insists on pushing, year after year, are simply killing them with Virginia women. Perhaps even worse, if that’s possible, the “Sideshow Bobs” of the world – add to the long list people like Rick Santorum, Ken Kookinelli, Todd Akin, Richard Mourdock, Dick Black, Eugene Delgaudio, etc. – are generally killing the Republican “brand,” making them seem (correctly, as far as I can determine) that they want to be in everyone’s bedroom and doctor’s office, telling you what you can, and more to the point can NOT, do with your body and your private life. And that doesn’t just hurt them with women, but also with a lot of men as well.

So, why shouldn’t Virginia Democrats just sit back, heat up some popcorn, and enjoy the “Sideshow Bob” (and Dick Black, Eugene Delgaudio, etc.) Show for many years to come? Only one reason, albeit an important one: these guys do damage, not just to the Republican Party, but to a lot of Virginians (e.g., the heinous “Marshall-Newman” amendment enshrines anti-LGBT discrimination in our constitution). For that reason alone, we should almost certainly toss political considerations aside and do everything we can to boot Bob in 2013. Still, the political part of me keeps salivating at the thought of keeping this clown around for many, many election years to come. 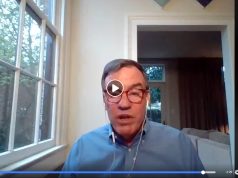 It's remarkable bulls****, even by Trump's incredible standard of bulls***.