Dylan Klebold and Eric Harris (Columbine HIgh School). Jason Holmes (Aurora movie theater). Jared Loughner (Tucson, Arizona). Seung-Hui Cho (Virginia Tech). And, now, Adam Lanza and a horrendous massacre in Newtown, Connecticut. All of these terrible incidents highlight a shameful situation in this country: the inadequate nature of our mental health treatment for the seriously mentally ill, a tiny few of whom are capable of snapping and harming themselves and others, and the absurdly easy access to guns. Even more frightening is that this country doesn’t attempt to identify the people who should never touch a gun, much less an assault weapon, nor do we have effective mechanisms to keep them away from deadly weapons.

I remember quite well the uproar after 32 innocent people lost their lives at Virginia Tech. Virginia politicians agreed that we needed far better mental health treatment, more resources to identify those in need of treatment. The minute budget troubles came along, first to be cut were services to people. Gone was that commitment to change the state’s grossly inadequate mental health care.

There was a movement years ago to close large mental hospitals and move treatment for mental illness into community settings. The funding for those community services never was adequate, and in the Great Recession funding became even worse, as states and localities, including Virginia, cut budgets for social services to the bone.

Caught in the middle of this national shame are the estimated one in 17 people in America who suffer from a serious mental illness and the families that have to deal with them without the resources they need. As Liza Long explains in an article titled I Am Adam Lanza’s Mother, “With state-run treatment centers and hospitals shuttered, prison is now the last resort for the mentally ill…It’s time for a meaningful, nation-wide conversation about mental health. That’s the only way our nation can ever truly heal.”

Liza Long helped me understand how parents with seriously disturbed children struggle with the dilemma of having a child arrested for a crime as the last resort for controlling dangerous behavior. But, nobody can believe that jail or prison is the best environment to help the mentally ill, even though experts estimate that as many as 25% of persons locked away in jails and prisons are in need of mental health treatment.

There are several steps that politicians on both sides of the aisle should be able to agree to, if they can overcome for once their fear of the NRA and their own partisanship.

2. Have the Federal government provide money to put mental health records for identified mentally ill people in the background check data base.

3. Require mental health professionals to notify police of those they see who appear to be an imminent danger to themselves or to others.

4. Give parents the power to commit their mentally ill child for treatment without having to swear out criminal charges as the only way to control a situation getting out of hand.

If politicians can muster some real intestinal fortitude, they also should pass the assault weapons ban that Sen. Dianne Feinstein will introduce in the next Congress with a bipartisan vote and make it the first bill to reach the president’s desk. That one, I don’t expect to see happen, however, unless public pressure becomes too great for them to ignore. 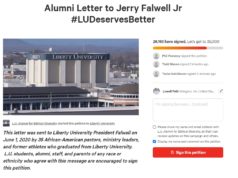 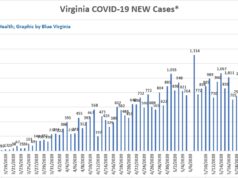 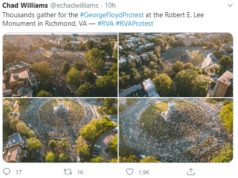