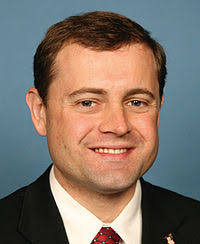 I just received the following statement from Tom Perriello. I think Tom would have made a strong candidate for governor, and potentially a great governor. On the other hand, Tom’s brilliant, and I’m confident he’ll do great things in other ways. So, with that out of the way, it’s ON – Terry vs. Cooch, the death match! LOL. Seriously, though, go Terry!

When the people of Virginia re-elected Barack Obama and sent Tim Kaine to the Senate last month, it revived my deepest hopes that our political process is not broken and our country and Commonwealth are moving forward. From Thomas Jefferson to Barbara Johns to today’s DREAMers, Virginians have marched a difficult but decisive path towards expanding freedom, fairness and dignity for all. I love Virginia, the state that gave my father a chance to move into the middle class after graduating from the University of Virginia, and am confident that we will not turn back.

In this spirit, I have considered a run for Governor, and am genuinely touched by the outpouring of support. I do not feel called to serve in elected office at this time, but I do not need to have my name on the ballot to be part of the fight. Through my work as President of Center for American Progress Action and in my personal capacity, I will continue to fight back against those who attack women’s rights, threaten scientists, and pursue an ideological austerity agenda that undermines desperately needed investments in infrastructure, education, and technology that help grow the middle class.

No one has worked harder to prevent this extreme agenda from reaching the Governor’s mansion than Terry McAuliffe.  I hope that progressives and moderates can unite as Virginians choose between the worst of our past and the best of our future. Attorney General Ken Cuccinelli says what he believes, but those divisive beliefs are devastating to our Commonwealth. I will be supporting Terry and all of those who are willing to put their names on the ballot to keep Virginia moving forward.

UPDATE: Terry McAuliffe says, “Throughout his life in public service, Tom Perriello has been a courageous and principled fighter for progressive values and one of our party’s best spokesmen on issues of economic fairness. Virginia is extremely lucky to have a leader of Tom’s character and conviction and I look forward to working with him on mainstream solutions for job creation and common sense fiscal responsibility.”

UPDATE #2: House Democratic leader David Toscano said in an interview with yours truly earlier today, “Tom’s a good friend of mine, a tremendous public servant, and really has a lot to contribute long term in the Commonwealth of Virginia. It was good that he explored this option, I hope he continues to explore other options, because we need people like him in public office…I have no doubts that Terry McAuliffe can beat Ken Cuccinelli…Terry is a very energetic person with a background in business that I think suits the state very well – socially progressive, sets up a great contrast for us.”

Wait, What?!? VA02 GOP Nominee Thinks Corn Chips Are Made From Potatoes…and That Picking One Random Item From One Random Store on Two Random...