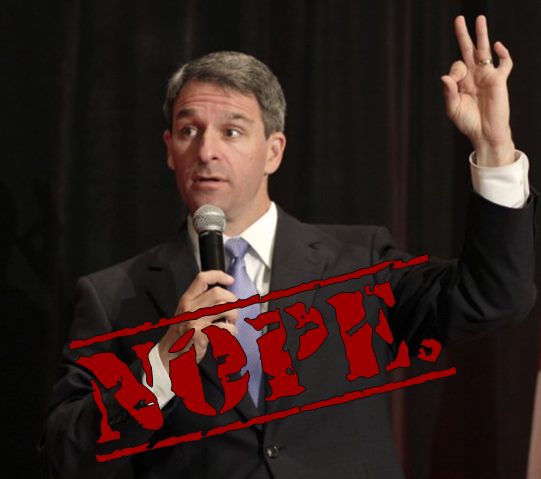 You know the saying about how generals always prepare to fight the last war, more than the next war? In my view, that applies to politics as well. For instance, here in Virginia, many Democrats I talk to appear to still be processing, one way or the other, the 2009 disaster, which ended up wiping out our party in the House of Delegates, not to mention electing Bob McDonnell, Bill Bolling, and Ken Cuccinelli to the #1, #2, and #3 slots in the Executive Branch of Virginia. The concern is that 2013 will be a repeat of 2009 in many ways, with another series of losses following a year in which Barack Obama yet again carried the state (as did Tim Kaine). Anyway, before we get ready to relive, if not fight, the “last war,” here are my top 10 reasons why Virginia 2013 will not be the same as Virginia 2009.

1. Demographics continue to shift in Democrats’ favor. As this report finds, for instance, “ growth  in  minority  populations  in Virginia continues  a  long  trend,  with  the  percentage  of  the  population  that  is  white  alone falling  by  more than  eight  percentage  points between  1990  and 2010 ” (from 77% to 68%). That trend is continuing, as only 53.6% of elementary school students in Virginia are white. Ultimately, that trend of about a 1-point-per-year drop (nearly 4 points between 2009 and 2013) in the share of Virginia that is white will show up at the polls big time. That can happen sooner, rather than later, if Democrats work hard to get out these new voters out to the polls, and obviously to vote Democratic, in 2013 and beyond.

2. Ken Cuccinelli is not Bob McDonnell. In 2009, Bob McDonnell managed to convince a lot of Virginians that his Regent University “thesis” was long in the past, that today all he really cares about is jobs, jobs, and jobs (hence the slogan, “Bob’s for Jobs”). In the 2009 campaign, McDonnell played down hot-button social issues and portrayed himself as a moderate “soccer dad” from the ‘burbs. He was able to do that in large part because his personality comes across as reasonable and moderate, even if his views aren’t. In stark contrast, Ken Cuccinelli has been on the forefront in recent years, not decades ago, of the most hot button of hot-button issues – “Obamacare,” climate science (which should NOT be politicized, but Kookinelli did so anyway), GLBT equality, women’s reproductive freedom, you name it. Combined with a confrontational, in-your-face, my-way-or-the-highway, no-compromise style, Cuccinelli quickly became a hero of the “Tea Party” movement. Unfortunately for Cuccinelli, that also sets him up as THE perfect “villain” for Democrats to run against in 2013; truly, the dream candidate…for Democrats. Sure, Cuckoo will try to run to the center, but good luck with that; we’ve got his words, actions, etc. all recorded on video, audio, paper, electron, what have you, and by the end of the 2013 campaign, it’s likely that every sentient Virginian will have seen TV ads letting reminding them of what a nutjob Kookinelli is.

3. The Tea Party ain’t what it used to be. In 2009, the backlash against “spending,” “Obamacare,” “the debt,” “socialism,” a bad economy, etc, etc. was in overdrive, with the corporate media cravenly and irresponsibly going along for the ride (actually, the fomented much of it). Talk about a wave; 2009 was basically a tsunami, or to use another weather metaphor, Democrats had Superstorm Sandy blowing in their faces, while Republicans had those same winds pushing them ahead. In 2013? The Tea Party isn’t dead, but it’s a shell of what it was in 2009. More to the point, the forces that gave rise to the Tea Party in 2009 are not likely to be present in 2013, as the economy continues its recovery, Congress strikes a deal (or multiple deals) on the debt, the benefits of “Obamacare” become increasingly apparent, etc. Plus, Barack Obama is highly popular today, with something like a +10 net approval rating. In 2013, the weather looks likely to be calm, or possibly even a pleasant breeze at the backs of Democrats for a change, in Virginia. Quite a difference from 2009.

4. Terry McAuliffe is no Creigh Deeds. Whatever you think about Terry McAuliffe, in no way is he the 2013 equivalent of Creigh Deeds. For starters, McAuliffe is from suburban northern Virginia, the fastest growing part of the state, part of the Hampton Roads-Richmond-NOVA “urban/suburban/exurban crescent” that is key to Democratic success in Virginia, while Deeds was from rural Bath County, which is about as solid “red” as you can get (so much for “Deeds Country”). Second, Terry McAuliffe is likely to spend multiples of the $16 million Deeds spent in 2009. Third, as mentioned above, McAuliffe has an opponent who is an extreme figure by almost any evaluation, someone who will struggle to win independent voters, and who will motivate Democrats to turn out to the polls in droves to stop him. Finally, T-Mac is a much more dynamic speaker, also a much more partisan Democrat, which should again help him far outperform Deeds in revving up “the base.” Again, 2013 will not be like 2009.

5. Republican governance has given us tons of material we can use in 2013. Since Bob McDonnell took office in 2010, Virginians have seen Republican governance in action, and it ain’t pretty. From “transvaginal ultrasounds” to “personhood” to virulent anti-LGBT actions (e.g., the Republicans rejection of Tracy Thorne-Begland for a judgeship because of his sexual orientation), to an utter unwillingness to deviate from anti-tax orthodoxy while our state’s transportation infrastructure falls apart, etc., we’ve got TONS of material to work with in 2013. Truly, it’s like a gold mine of nuttiness and incompetence, and it’s going to be fun watching T-Mac pound them on it. 🙂

6. Our surrogates beat their surrogates. Who have they got to serve as “surrogates” for Ken Cuccinelli? Well, they don’t have any U.S. Senators, so forget that. Eric Cant’or is a wildly unpopular figure in Virginia, so forget that. Bob McDonnell is fairly popular, but I strongly doubt he has any love for Ken Cuccinelli. Bill Bolling is no Ken Cuccinelli fan, that’s for sure. Non-Virginians like Rick Santorum and Paul Ryan and Jim DeMint and Nikki Haley and Rand Paul have appeal to the same Tea Party base that Cooch does, but their hard-right views certainly won’t appeal to many moderates or independents. Oh yeah, we also have the newly-reeelected President Obama and VP Joe Biden, plus the wildly popular former President Bill Clinton and the even-more-popular Hillary Clinton, plus Virginia’s two most popular politicians – Mark Warner and Tim Kaine – and Jim Webb and… Yeah, I’ll take our surrogates over their surrogates any day. WIN!

7. Democrats are more united than Republicans this time around. In 2009, Republicans were on fire, totally united in their opposition to their  false, absurd, laughable – but widely held among the Faux “News” watchers and Rush Limbaugh dittoheads – image of President Obama. This time around, Virginia Republicans have nothing like that to rally around, and meanwhile their party is experiencing turbulence over the rise of Ken Cuccinelli and the hard right/Tea Party wing, along with the purge of Bill Bolling and the more traditional/conservative Republicans. Plus, Bolling and Kookinelli simply despise each other. Meanwhile, Democrats should be about as united as they ever can be, “cats” that they are, against Ken Cuccinelli. And given no primary contest, T-Mac can spend the next few months consolidating that unity, while Cuccinelli can continue getting into fights with leading figures in his own party, most recently House Majority Leader Eric Cantor. Gotta love it.

8. Virginia Democrats (presumably) have learned their lessons from the “last war”. After the 2008 election’s great victories, many Democrats went to sleep politically, assuming (as I mistakenly did) that the mission was accomplished. Meanwhile, Republicans got to work building their opposition movement, totally misguided and hysterical though it was. This time around, Virginia Democrats presumably don’t need to be reminded too often what happened in 2009, the last time we had a gubernatorial election where our side was asleep and the right wing was wide awake.

9. DPVA will have new leadership. This can only be good news, and I’m very much looking forward to an improved Democratic Party of Virginia in 2013 compared to 2009.

10. The Republican convention process will pull their candidates even FURTHER to the right and out of the mainstream. The shift from a primary to a convention on the GOP side means that hard-edged, far-right-wing “conservatism” (in quotes because really the Cuccinellis and Snyders of the world are more John Birch Society than traditional conservative, let alone Country Club Republican or moderate/Eisenhower Republican) will be in charge in 2013. Watch for Republican candidates, particularly the 7 (seven!) running for LG, to outdo each other in terms of “teh crazy,” whether we’re talking about advocating the abolition of contraception and abortion in all cases, the imposition of theocracy on Virginia, making life hell for LGBT citizens, deporting every “illegal” back to where they came from, demonizing “Obamacare,” ranting about (non-existent) voter fraud, denying climate science, etc, etc. This should be entertaining to watch. Lots more popcorn in 2013 than in 2009 – enjoy! 🙂