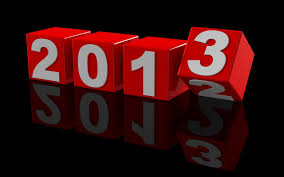 I finally decided that discretion is the better part of valor, and that I would not press my luck after my 2012 political forecasting success. Instead, for 2013, I’m going to list a dozen things to keep an eye on next year in Virginia politics. Please feel free to add your own items in the comments section. Thanks.

1. The marquee political race of 2013 will be, by far and away, the Virginia gubernatorial race between Terry McAuliffe and Ken Cuccinelli. The things to watch here are whether Bill Bolling throws his hat in the ring as an independent, whether Cuccinelli even bothers to try and reposition himself towards the “center” (good luck with THAT one!), and how strong a campaign McAuliffe runs, given that he’s mostly been a behind-the-scenes guy and a businessman, not a politician, for his entire adult life. The other thing to watch out for is whether either “side” seems particularly energized as 2013 proceeds; e.g., will there be a “wave” for either the “blue” or “red” teams in 2013? Right now, I simply have no idea.

2. The Republican battles for LG and AG should be fascinating, as a bunch of mostly right wingnuts battles it out for the support of a tiny percentage of Virginia Republicans at a convention that skews hard right. The question is not whether this will get crazy and (right-wing) extreme, but more HOW crazy and (right-wing) extreme it will get. Personally, I’m rooting for these people making themselves completely unelectable in the general, a la Todd Akin and Richard Mourdock. Let’s hope…

3. On the Democratic side, it looks like the only interesting primary – and yes, it’s a primary, not a convention – will be for LG, between Sen. Ralph Northam and former Kaine and Obama technology guru Aneesh Chopra. How will this race play out? Will it be focused on: a) ideological differences of any kind; b) electability arguments; c) appeals to different geographical regions of the state; or d) other? How much will endorsements matter in this race (Northam seems to have an early edge on this front)?  What about money (Chopra seems to have a big, early edge there)? Will this race stay civil, or will it get rough as often happens in intra-party contests? Stay tuned.

4. Will Bolling reconcile in any way with Cuccinelli, or will their mutual antipathy only deepen in 2013? If the latter occurs, which I tend to believe is more likely, will Bolling go so far as to endorse McAuliffe or to run himself? How much clout does Bolling have, anyway, given that most Virginians don’t even know who he is? I guess we’ll find out in coming months.

5. Will the the 2013 Virginia General Assembly session accomplish anything, such as serious movement on the transportation funding front, or will it devolve into another ALEC-style push for hard-right-wing legislation on women’s reproductive rights, “guns, god, and gays” (to paraphrase Howard Dean), immigration, letting corporations run amok (even worse than they already can in Virginia), etc? Will Bill Howell keep his caucus focused, or will he let it spin out of control, with the Sideshow Bobs of the world dominating news coverage (and hurting Ken Kookinelli in the process)? This should be fascinating.

6. Will Virginia Democrats run strong candidates in at LEAST all the “Obama districts” currently held by Republicans? My understanding is that there are 18 of those. In theory, that means if we won all of them (highly unlikely, of course) we’d go from 32 seats in the House of Delegates to a 50/50 tie. But first and foremost, this depends on recruiting strong candidates, funding them generously, and making sure we turn out the “Obama voters” from 2012.

7. How will DPVA function under new leadership? Other than the new DPVA Chair Charniele Herring, who will that new leadership be exactly? So far, I haven’t heard any movement on finding a new Executive Director, for instance. How long will this process drag on into 2013 (hopefully not long), and will DPVA be stronger in the end?

8. How involved will Democratic heavy hitters Mark Warner, Tim Kaine, and Jim Webb be in the 2013 campaign? Will Warner and Kaine be mostly focused on national issues, or will they campaign hard for Terry McAuliffe and the rest of the Democratic ticket? Will Webb focus on writing books, traveling, making movies, fun stuff like that, or will he stay active in Virginia politics on behalf of Democratic candidates? Got me.

9. Will there be regional referenda on raising gas taxes to pay for transportation improvements in Virginia? If so will they fare any better than the ones that went down in flames in 2002?

10. To what extent will national economic and political events impact Virginia’s 2013 elections?  For many years now, Virginia has voted opposite for governor from the party controlling the White House, but will this hold in 2013 if the economy’s doing well, Obama’s popular, and there’s no right-wing movement like the Tea Party of 2009-2010?

11. Given the unpopularity of the Republican Party nationally, will Ken Cuccinelli be able to bring in anyone from outside Virginia to help him, or will all of them – Santorum, Boehner, McConnell, whoever – be net negatives for him?

12. On the Democratic side, will Barack Obama be a major participant in helping Terry McAuliffe, and if so how much will it help rev up the Obama coalition to come out and vote for T-Mac? Oh, and let’s not forget former President Bill Clinton; will he merely camp out in Virginia, or will he formally relocate so that he can campaign 24/7 for his friend T-Mac? 😉 Just kidding on the relocating, but I do wonder how much of the super-popular Bill Clinton we’ll be seeing in 2013, and how much that will boost McAuliffe and the rest of the Democratic ticket.