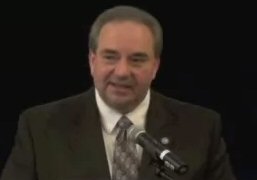 What is this silly idea being pushed by the media and others calling Lt. Governor Bill Bolling the   potential independent “moderate” for governor?  Reality check: As a state senator, Bolling’s voting record was more conservative than Ken Cuccinelli’s. So much for that myth.

Anyway, according to Wild Bill, he hasn’t yet made the commitment to saddle up for a gubernatorial bid; this will be done by March 1. But if he runs, he will need Democrats to get him on the ballot. He knows that, and so does the Republican Party.

Indeed, this is like Yogi Berra said: deja vu all over again. Think 1994. Why?

To make the general election ballot, Wild Bill will need to present petitions claiming to have the signatures of at least 10,000 qualified Virginia voters to the State Board of Elections. The final date for this document dump is 7 pm on the date of the Democratic primary for LG and AG (June 11, 2013). Getting the required 10,000 is no sure thing: just ask Newt Gingrich, Rick Santorum, Michelle Bachmann, Rick Perry, to name a few from the 2012 GOP presidential primaries. They had money and organization, yet couldn’t meet the 10,000 threshold.

But at the same time, the threshold is easily doable for Bolling for this reason: Democrats will gladly sign his petitions. They can even circulate them without his permission. In that regard, it is 1994 all over again on far more favorable turf for Democrats.

Back then, conservative hero Ollie North’s legions captured control of the GOP nomination convention for U.S. Senator. His opponent’s campaign for the nomination was managed by the same Marcus clan behind Bill Bolling! Virginia was far more Republican back then. Like North, Ken Cuccinelli is seen as unqualified for high office by a similar category of the GOP/business/independent constituency in Virginia. Except this constituency is more important now.

Back in 1994, these folks persuaded Marshall Coleman to run as an independent. They figured Coleman would take anti-Chuck Robb votes (the Democrat Senator had a lot of political baggage that point in his career) from North, thus stopping North from winning.

However: Coleman, unlike Bolling, had legitimate moderate GOP credentials although they were slim. Still, Coleman appealed to some anti-North voters who otherwise would have gone for Robb. This made the three-way race very close, with North almost winning, as Coleman pulled from both major party candidates.

Bolling, in stark contrast, is no moderate. His voting record as a state senator is actually more conservative than Cuccinelli<‘s/i>. Thus, Bolling has no Coleman-like appeal. That’s why, whatever vote Bolling gets will come a LOT more, percentage wise, from Cuccinelli than the Coleman vote did from North.

Bottom line: Bolling is a sure-fire Cuccinelli killer providing the Lt. Governor stays even marginally credible and Terry McAuliffe keeps his electric car from running off the road.

The strange thing about the possible Bolling candidacy is this: Bolling knows his running for governor would possibly ruin the presidential chances of the man he claims to want to emulate, Governor McDonnell. McDonnell’s national stature in the GOP as a presidential candidate in 2016 will take a big nose dive if Terry MAC is elected governor of Virginia in 2013, showing that McDonnell’s brand didn’t even have any juice in his home state.

Bolling understands all this. But the fact he has taken the dare this far has to be driving the governor up the Mansion walls. It is one thing for Bolling to despise Cuccinelli, even to hate the Virginia GOP. But McDonnell has been good to Bolling. McDonnell wants to be president. What does Bolling gain by screwing McDonnell in order to get back at Cuccinelli? I don’t get it.

Yet at some point, Bolling will have burned so many bridges, he might as well keep going, there will be no way back. At that point: It is Groundhog Day. Welcome to 1994 again.

Former @RepRiggleman emphasizes what FBI Director Wray has said repeatedly, that "Antifa" had "nothing to do with 6 Jan" and the pro-Trump, far-right, white supremacist violent mob that assaulted the US Capitol. https://bluevirginia.us/2021/03/tuesday-news-cdc-chief-warns-of-potential-fourth-surge-and-urges-us-to-keep-covid-rules-the-gop-is-now-just-the-party-of-white-grievance-as-conservatism-fades-elizabeth-warren-on-di#comment-5288658022

Great hire by PW County of Maria Burgos as Equity and Inclusion Officer. She is very impressive! https://bluevirginia.us/2021/03/tuesday-news-cdc-chief-warns-of-potential-fourth-surge-and-urges-us-to-keep-covid-rules-the-gop-is-now-just-the-party-of-white-grievance-as-conservatism-fades-elizabeth-warren-on-di#comment-5288646623