— Increase the 5 percent retail sales and use tax paid on most purchases to 5.3 percent;

— Apply a $100 annual fee on alternative fuel vehicles, including hybrids;

— Increase the current 3 percent sales tax paid on the purchase of motor vehicles to 4 percent;

— Increase the amount of general fund money diverted to fund transportation from .50 percent to .675 percent, raising roughly $200 million when fully phased in;

— Use a substantial portion of any future sales tax proceeds generated from Internet purchases if Congress passes the Marketplace Equity Act, or, if the act fails, replace the revenue it would generate for transportation, education and localities through an additional 1.6 percent tax applied to the wholesale gas tax.

So, this is awful on almost every level.

*Reducing the gas tax is beyond brain-dead, for revenue reasons, fairness reasons (it’s a user fee, which means only the people who USE gasoline pay the fee), environmental reasons (the LAST thing we want to be doing right now is lowering the price of carbon-based fuels), etc. And no, a 3.5% wholesale tax on gasoline doesn’t come close to compensating for cutting the gas tax.

*The $100 fee on hybrid vehicles is also completely unacceptable; why on earth would Virginia be moving to penalize some of the most fuel-efficient vehicles on the road? Who wrote this bill, the Koch brothers, Grover Norquist and ExxonMobil? WTF?!?  By the way, this would make Virginia the first state in the nation to put a special fee on hybrid vehicles. Right now, only Washington State taxes a handful of electric vehicles, but not hybrids or plug-in hybrids.

*Diverting money from the general fund is a terrible idea. That means we’re going to be taking money away from education, health care, etc. to compensate for cutting the gas tax. Brilliant!

*Increasing the sales tax to pay for transportation is the opposite of a user fee, also is highly regressive, also makes no sense whatsoever. Why are we cutting one tax while increasing another one? What is this absurd shell game Republicans are playing?!?

Bottom line: this is terrible policy, and I believe also terrible politics – cynical, assuming voters are imbeciles, too clever by half, you name it. Senate Democrats need to reject this bill.

P.S. The Marketplace Equity Act may never pass, so it’s ridiculous to include it in the plan.

P.P.S. Estimates are that Virginia needs $100 billion for transportation over 20 years, this bill raises $3.8 billion over 5 years. That will barely cover the maintenance shortfall. Big whoop in terms of revenue…

P.P.P.S. Beyond the specifics, this deal is awful more broadly because there’s absolutely no vision here of where we want Virginia to be going as a state, in terms of transportation. That means that we revert to the default, which is more sprawl, which is THE ABSOLUTE LAST THING we should be doing. Instead, we need a fully integrated approach to land use and transportation, focused on smart growth and environmentally sustainable development patterns. Where is any of that in this plan? Nowhere to be found…ugh. 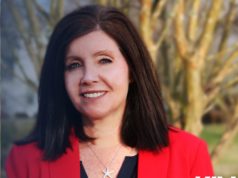 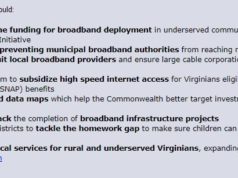