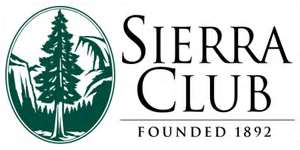 FYI, I just received the following from David Dickson Program Manager of the Sierra Club, Virginia Chapter. I’m glad to see the Virginia environmental community uniting against the transportation deal, including its $100 fee on hybrid vehicles and its funding of projects like the environmentally damaging Coalfields Expressway.

Like [the Coalition for Smarter Growth] and [the Piedmont Environmental Council] we oppose the Transportation Bill.  While the bill may have some good provisions like funding for intercity passenger rail and transit, we oppose it because it lowers the gas tax, providing an incentive for more driving, more congestion, and more pollution, including GHG emissions.  It also imposes a $100 annual tax on hybrid and alternative fueled vehicles, and robs of almost $200 million per year to help make up for the lowered gas tax.  We have yet to see the actual language of the conference agreement so there may be other provisions we object to.

New Studies Make Clear Why Virginia Can – and Should – Switch As Quickly as Possible to Energy Efficiency, Solar, Offshore Wind