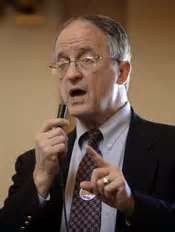 Cross posted from the newest political blog in the Commonwealth, The Real Crystal Ball.

As Democrats prepare for spring and a forecast of snow, here are thirteen districts where Democrats could win but still need a Democratic candidate.

There are six Republican-held districts that voted for President Barack Obama in 2012 and in 2008 that do not have a Democratic challenger right now. Do you live there? Run! Know someone? Tell them to run! Call your mother, your aunt, your college room mate. If you have heard rumors of potential candidates let me know. And let them know to file the damn paperwork!

Bob Marshall doesn’t just represent a district that voted Democratic in the last two presidential elections, he represents a district that gave President Barack Obama 55% of the vote. His district was made more Democratic under redistricting, but the rapidly growing population does not always turn out in off-year elections. The coordinated campaign should be covering this as part of the strategy of turning out Obama supporters in the off year. All that is needed now is a candidate!

Second verse, same as the first, a little bit louder, a little bit worse. The situation here is similar to Bob Marshall, but with a slightly less crazy Republican. Obama-district, check. Lots of new voters, check. Candidate? Not yet.

LeMunyon is going to get a pass this fall, and may for several elections to come, despite representing an Obama-district that will likely vote for Terry McAuliffe this fall. Democrats may regret not putting more pressure on LeMunyon in the future should he seek higher office. He’s building a strong reputation in the General Assembly, the only thing that may hold him back is the Tea Party’s tendency to shoot the GOP in the foot.

The first three districts were all Northern Virginia districts, but Ron Villanueva represents a Virginia Beach district that also went for Obama. Villanueva defeated a well funded Adrianne Bennett in 2011, so Democrats may believe this district has been put away. It is one of the least white district represented by a Republican in the Virginia House of Delegates, along with the 86th (Rust) and the 87th (Ramadan). With a black voting age population of 24% of the district and an Asian-American population of 13%, this district is projected to continue to grow in its diversity in the next decade.

After defeating David Poisson in a landslide in the year of the GOP tsunami, Greason has avoided any further electoral challenges in this Obama district. Poisson came in riding Tim Kaine’s coattails in 2005, just like Greason did, so Democrats are foolish if they fail to even find a candidate to be on the ballot. Greason has a reputation of being very popular locally, but in the right year he could be washed out.

I have heard horrible, horrible stories of the incompetency that allowed Yost to win this marginal district in 2011. Even Creigh Deeds almost managed to stumble his way to victory in this district, which is unique for its student population helping Democrats in big-turnout years, a college town population that still leans to the left even in lower-turnout years, and a rural working class constituency that still backs local Virginia Democrats. This should have been one of the top targets to take back in 2013, instead Yost may be getting a pass. This is one Southwest Virginia district that even I support investing in! Ben Tribbett has reported that local activists are pushing Victoria Cochran, who attended the Democratic National Convention.

Failing to contest these six Obama district is not a good start for the long road ahead of Virginia Democrats in the House of Delegates. But here are seven more districts that are competitive and could, with the right candidate and the right political environment, go Democratic. First they need candidates!

Parties always need to pay attention to open seats, the power of incumbency is even stronger when you have low-turnout elections in off-years like in Virginia. This seat is competitive at the national level, but retiring Delegate Sal Iaquinto had not been challenged in an election since winning the seat in 2005 when Bob McDonnell ran for Attorney General. Tim Kaine won the district that year with 51% of the vote, but McDonnell’s huge coattails down ballot helped Iaquinto win with 56% of the vote. This is a long shot, but as an open seat it may be the only shot Democrats have here for years to come.

Tim Kaine is popular in the Richmond suburbs, but Obama’s 46% demonstrates the moderate nature of this suburban district. In 2009, both Jody Wagner and Steve Shannon outperformed the rural lawyer from Craig County. That year Tom Shields ran a spirited campaign for delegate that managed to run ahead of the disaster that was the Deeds campaign, even though he still lost with only 38% of the vote. There is a small swing-vote in this district, moderate upscale suburbanites where the Far West End goes out to Henrico, that voted Romney-Kaine in 2012, McDonnell-Shields in 2009, and also opposed the gay marriage ban in 2006 despite their GOP leanings. They could be crucial to this district in the fall … if the Democrats can find the right candidate.

There’s no doubt that this is a Republican leaning-district, but moderate Democrats like Tim Kaine have shown strength here. Tim Kaine won the pre-redistricted district in 2005, narrowly, when he won traditionally Republican Virginia Beach. Joseph Bouchard narrowly beat Stolle in an open seat contest in 2007 before Stolle returned in 2009. Democrats shouldn’t just write this one off though.

This is a tough district, but take a look at the list of challenges Ingram has had over the years.

This district has changed a lot since 1995 and has seen its Democratic vote slowly improve, John Kerry’s 36% became Obama’s 43% before the district was made more Democratic in redistricting. The district has a sizable African-American population and changing demographics should increase Democratic performance a bit in the decade yet. Democrats would have a better shot in an open seat, but they need to invest in building infrastructure here in the short term.

The good news is that Bobby Orrock had a close election in the past and his support of this year’s transportation bill could create an environment similar to his prior near defeat. The bad news is that Orrock’s close election was the Republican Primary, where Shaun Kenny almost knocked him off after Orrock’s support for Governor Mark Warner’s tax increase. Conservative Tea Partiers are invited to challenge Orrock, but Democrats would be wise to think of ways to help the party in this Spotsylvania District, which overlaps with the 17th Senate Seat they need to take back in 2015. Orrock hasn’t faced off against a Democratic challenger since 1993.

Robinson won a 2010 special election to this Chesterfield County seat, but previous Delegate Sam Nixon had held the seat since winning his own special election in 1994. Nixon was never contested after winning his special election, and so far Robinson looks like she’s going to repeat that trend. This district voted for Obama in 2008 with 51.5% of the vote before Republicans trimmed the district to help Robinson out. Here’s Ben Tribbett analysis of the Virginia House Caucus’s decision to ignore this district during the special election and instead contest a Harrisonburg area district that was less Democratic. The DPVA spent over $60,000 backing the Democrat in Harrisonburg who lost and nothing here in a competitive Chesterfield County district.

Those are six more districts where Obama received over 45% of the vote both. I promised you 13, a baker’s dozen, of competitive districts that didn’t have a Democratic candidate. What’s the 13th? Could it be West End’s 68th, an exciting district that elected an Independent, former Republican last decade? 45% Obama in 2008, 44% in 2012, but Tim Kaine’s Richmond appeal propelled him to 49%. It has a large number of socially moderate Republican voters, one reason that Katherine Waddell had a shot here in the first place in 2005. If the election is dominated by big social issues, this district could swing Democratic. Or what about the neighboring 72nd district? Very similar to the 68th, but just a hair more Republican. The chance for social issues to help Democrats is the same here and Bill Bolling’s Independent candidacy would have been strongest with these up-scale conservatives. The future of a majority for Virginia Democrats runs through the moderate suburbs of Richmond, which is why I’m a proud Tim Kaine Democrat.

Maybe you want to look outside of the Richmond suburbs. What about the fightin’ 99th! Al Pollard won the open seat in 1999 before leaving it in 2005, opening it up for Rob Wittman. Wittman of course went on to win the special election for the 1st Congressional District, so Pollard switched back to the seat in the special election after his failed bid for the Virginia State Senate in 2007. Pollard fought off a hard challenge from Tea Partier Catherine Crabill before retiring in 2011. The district did not change significantly in redistricting and would still be competitive for the right sort of Democrat. The problem is that right sort of Democrat is Al Pollard and seems to be only Al Pollard. How about Southside’s 61st District? Obama received 46% in 2008, 44% in 2012. That could be right on the cusp of being competitive? But Southside voting is very racially polarized and there’s little crossover, Tim Kaine was also stuck with 44% in 2012. Instead, I’m going to suggest this wild card.

As the thirteenth district on this list, this is supposed to be a long shot, Hail Mary race. First, Obama did marginally better here in 2012 than four years earlier, which isn’t much but is noticeable when both the national environment and the environment in Virginia saw Obama drop in support. Second, Tim Kaine’s 47% in the district shows that moderate Virginia Democrats have some crossover appeal. Chris Jones is a hack and some Tea Partiers are angry over his support for the transportation plan, which Ken Cuccinelli, the GOP’s candidate for Governor, is now calling unconstitutional. Jones already has a third-party conservative on the ballot that could drain some votes away from him. Jones hasn’t been challenged since 2001, it would be good to put some pressure on him. The 76th District has one of the highest black populations for a Republican held district, only Southside Republicans like Danny Marshall in Danville and James Edmunds in Halifax have larger black populations in the district. Jones is seen as very popular locally, but it’s hard to judge that without an election. Maybe in 2013 he’ll finally get one?

Vote in the poll below on which district you’d most want to see a Democratic candidate in! I’m not going to include Bob Marshall because I think that would win in an obvious landslide. 🙂