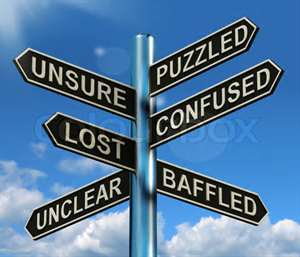 “Call me puzzled” isn’t how Herman Melville opened Moby Dick, but it’s close enough for me at this point. Because yours truly is truly puzzled by the Attorney General’s opinion on the regional transportation taxes, even though the AG methodically comes to the same overall conclusion that Norm Leahy and I first predicted would happen in our controversial Washington Post op-ed. The brain trust at the AG’s office concluded that the discriminatory regional taxes in the transportation plan are unconstitutional. But they do it on a specific, narrowly drawn section of the Virginia constitution, one discussing local laws and sensible classifications, as opposed to a broader philosophic discussion about the basic legal building block of the constitution. This makes it Bob Marshall 2 and Bob McDonnell 0 on this constitutional stuff.

Thus, the AG’s office comes to the same specific conclusion we did, but goes small where I think it needed to go large. It relies on a cryptic footnote in the 2008 Marshall case – where the VA Supreme Court ruled Governor Kaine’s transportation rooted in local taxes unconstitutional – to smack down McDonnell’s 2013 “legacy maker.” But the 2008 taxes centered solely on NOVA. Here in 2013, it is far more complicated plan, wrapped around clearly constitutional state taxes and funding formulas. The regional taxes include one in Tidewater, thus we have more than 50% of the voters impacted.

The transportation plan doesn’t merely cross the line into prohibited local taxes by the General Assembly. Rather, it is reflective of a growing philosophy in our politics: that there are two Virginias now, only this time it isn’t about white and black. The transportation plan doesn’t merely drive a hole through a clause or two; it is a direct attack on the constitution, one that needs to be repelled with a big thrust, not with clever lawyering.

I don’t, therefore, find the AG’s legal analysis wholly satisfying. It concedes the very point at the heart of the Virginia Constitution: that as a matter of broad constitutional theory, the pact between the regions that produced the state of Virginia protected them from being subject to discriminatory taxation by a majority of non-resident legislators in Richmond. I wanted the head cut off of the snake: he instead went more for a body shot.

In that regard therefore, I wonder out loud: is this a loophole for Terry McAuliffe and others to exploit should they truly believe the AG’s opinion is nothing more than politics masquerading as law? Perhaps exploit isn’t the right word: Terry and others are sincere in their belief that the transportation plan is constitutional, and that Cuccinelli only ruled out of ideology.

Moreover, Democrats feel – and to a greater extent this year some Republicans – that the transportation issue has a reached a point in NOVA and Tidewater that it needs to be addressed at the state level. They also feel that this regional taxes only passed because it was the will of most of the Tidewater and NOVA legislators, along with local government leaders. Thus this is not a case of legislators from outside the area voting to impose local taxes: rather, it is the situation where locally elected state legislators, answerable to the localities voters, decided to use the power of the General Assembly to address the issue. Terry and others thus see this has a power within Article X, a defendable, indeed inevitable situation given the realities of the state right now. The previous Attorney, Bob McDonnell, went along with this general view in 2008. Democrats rightly feel a Democratic AG would agree likewise. So in that regard, Terry and GA Democrats do believe Cuccinelli is playing politics.

If that is indeed the case – then it seems to me Cuccinelli has now dared McAuliffe to put up, or stand exposed. Will Terry take the bait – and get Senate Democrats to force a VA Supreme Court showdown? With both NOVA and Tidewater having a dog in the hunt, we are talking more than 50% of the state’s population. We are also talking about it being part of a big package of state taxes and revenue formulas, all constitutional.

The new transportation plan therefore presents a far more complicated case from the standpoint of the numbers of citizens affected and the money involved. In that regard, the AG’s opinion is more 2008 than 2013 in my view. So I can see McDonnell, T-Mac, the Democrats in the GA, and key road groups, along with local governments and the editorial boards joining together to challenge the AG in court. But this only begs a further question: How would Terry and the Democrats, along with some of Speaker Howell’ GOP posse, get a case before the VA Supreme Court to challenge the Cuccinelli position?

Why? Because the politics are fascinating right now. Fact: Governor McDonnell didn’t include these regional taxes in his original plan. He only accepted them as the price to get some transportation tax plan enacted. Fact: Terry McAuliffe and the Democrats never liked the idea of transferring all that general fund money historically earmarked for education to road building. They only accepted it as the price to get a transportation plan. Fact: Speaker Howell and his House Republican posse never liked the idea of keeping the gas tax, they viewed its elimination as key to protecting them with anti-tax GOP partisans. But they accepted keeping the gas tax, although at some slightly reduced level, as the price of getting a deal.

The point being: There is no reason for Governor McDonnell to risk a big loss at the Supreme Court for regional taxes he never wanted. He gains nothing from them, since he can offer amendments to the bill giving the power to enact such taxes to the local governing boards, perfectly constitutional. That’s win win for him: he gets to crow without having to eat crow. What’s not to like?

Compare the alternative: He would effectively have to call the sitting AG and gubernatorial nominee of his own party a legal idiot, and set up a high noon fight in the VA Supreme Court. If McD loses, his “legacy” is tarnished, his national stature badly hurt, and he has totally alienated his own party. Moreover, he forfeits a chance to give local government important home rule powers which they have sought for decades. If he wins, he doesn’t really help himself nationally, likely kills Cuccinelli, and thus alienates his own party.

For McD, to be seen as forcing a law suit is all downside as I see it. He should amend the bill to satisfy Cuccinelli’s constitutional objections. What is Speaker Howell going to do, buck his own governor at this point? I don’t see how that helps the GOP.

Thus, the hot potato would be squarely in Terry and the Democrat’s court. They would have the power to block the governor’s amendments. By blocking the amendments, they would force a Supreme Court case because the governor would then sign the bill AS IS; he surely can’t veto his own “historic” achievement!

If Terry and the Democrats truly believe Cuccinelli was merely playing politics, then why not block the amendments? If they are right, they win in the Supreme Court: election for governor over, indeed a big Dem sweep. It could thus be game, set and match by June!

Assume the Democrats lose. What have they actually lost? They are no worse relative to the regional taxes currently in the bill. Whether they get dropped due to Cuccinelli’s opinion or a Supreme Court ruling, the taxes are out. vThe real difference: if they reject McD’s amendments and force a losing suit, then the localities will not get the home rule authority. But the localities have told Democrats they don’t want the power!

So what is to lose? Besides, if the bill passes AS IS, there will be a challenge to the bill. The AG’s office can’t defend the law at this point. This means the governor will have to hire an outside firm. This costs money and Cuccinelli will be blamed for that. Bob Marshall or others will be the plaintiffs. If they win, it will look bad for McDonnell and the GOP firm he hires. Democrats and Terry are not in the line of fire. If the Supremes in effect overrule Cuccinelli, he loses.

My gut: Democrats will do what Terry wants here.

But let’s put the politics on hold for a second and go back to the legal stuff. As a matter of legal strategy, I think the AG’s opinion unnecessarily concedes the Article X issues without fully thinking through those constitutional provisions.

In my Washington Post op-ed, I looked at the legal issues in the broad terms required of a such a major policy change as the transportation plan. For better or worse, the constitutional thrust of the VA constitution cannot be disputed: the document, over the years, has been crafted to overcome the many regional forces pulling at a statewide government. Like it or not, the idea that the General Assembly could decide to impose a discriminatory tax on one locality due to the collective votes of  legislators not from said locality, is totally inconsistent with the basic theories of the constitution. If Virginians had thought such a thing possible, they would never have approved the constitution.

The AG’s opinion is written more from an intermediate court legal view than from higher up on the food chain. The opinion rests on good, technical lawyering, not broader jurisprudential scholarship. The transportation plan, given the imposition of discriminatory local taxes by Richmond in a manner never done, even contemplated before, is thus not some challenge that might have run afoul of a slight clause in the constitution: but a direct hit on the document itself.

I am one of a few people who have read most of the constitutional debates, at least among those who have not been paid to do it or needed it to graduate from college. The regional fights defined the state. We lost West Virginia, or I suppose more accurately the land and its people, for these types of differences.

These are important, constitutional considerations that the Supreme Court, not a Circuit Court, is expected to analyze. The AG’s opinion gives them surprisingly little time and no import. The opinion makes short work of Article X, finding of no moment in this constitutional debate. This is a big, and risky, concession, both as a matter of substance and legal strategy.

Bottom line: Cuccinelli conceded more legal ground than necessary on the constitutional issues. But that is how his office reads the law. As for the politics, the opinion is better for McAuliffe than for Cuccinelli. I don’t see why Terry wants to carry those four regional taxes into the General Election.

To me, McDonnell’s best play is to get Howell to back amendments to the bill giving the taxing powers to the localities. This will put the burden of going forward to the Democrats. In turn, Democrats need to avoid the bait, and give localities these new taxing rights. It is too risky to place your fate into the hands of judges. Besides, those regional taxes are lose-lose this November, and Cuccinelli has thus given Democrats a way to off-load the burden.

On a net-net basis, giving Cuccinelli a win on the law is well worth getting off the hook on the regional taxes. Home rule is good, easy to defend. If the local officials will not do it, that’s not your fault.

Monday News: “US to hit 200K dead; Trump sees no need for regret”; “From Trump, No Respect for Ruth Bader Ginsburg, or the Rules”; “Justice Ginsburg is gone, but democracy must survive”; Facebook’s climate of denial”; “Kirk Cox...building a 2021 campaign.” https://bluevirginia.us/2020/09/monday-news-us-to-hit-200k-dead-trump-sees-no-need-for-regret-from-trump-no-respect-for-ruth-bader-ginsburg-or-the-rules-justice-ginsburg-is-gone-but-democracy-must-survive-faceboo