Curious about the women behind the new group, “Women for Ken” Cuccinelli? American Bridge has the eye-opening facts.

A closer examination of the list reveals that the comparison is apt – among the list of Cuccinelli supporters one will find some of the same women who rushed forward to defend Todd Akin and Richard Mourdock, who called a pregnancy resulting from rape “something that God intended.” It’s not surprising that they place Cuccinelli in the same company.

Many of these women have been affiliated with the organizations and candidates who are most adamant about denying women the opportunity to make decisions about their own body or curtailing their access to health care. The list also includes the sponsor of the Virginia legislation that would have required women to undergo a transvaginal ultrasound before they could have an abortion.

For instance, there’s Virginia Del. Kathy Byron (R), who sponsored the “transvaginal ultrasound” bill, and who claimed that abortion is “incompatible with ‘a nation founded with words proclaiming that life, liberty and the pursuit of happiness are unalienable rights.'” There’s also Marjorie Dannenfelser, who strongly defended Richard Mourdock and Todd Akin after their crazy comments about rape being a “gift from god” and about “legitimate rape.” Then there’s Christine “I’m not a witch” O’Donnell’s former spokesperson Diana Banister. ‘Nuff said on THAT one! And just to top it off, there’s Nancy Pfotenhauer, who obnoxiously claimed that northern Virginia (the economic engine of the state, also increasingly its population center) is not part of “real Virginia,” and who was the top lobbyist for Koch Industries from 1996 to 2001. 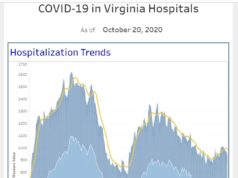