(This is excellent, thanks very much to Lloyd Snook for posting it here! – promoted by lowkell) 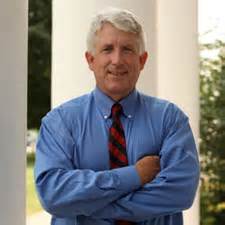 A recent Not Larry Sabato story on fundraising in the Democratic AG race prompted me to think out loud about the Attorney General’s race.

Our Attorney General’s prosecutorial powers are laid out in just one section of the Virginia Code — Va. Code section 2.2-511(A), which sets out 14 specific instances in which the Attorney General can prosecute.  Six of those require the concurrence of the local Commonwealth’s Attorney.  In all other cases, the Code says, the AG only gets involved in criminal cases on appeal.  Most of what the Attorney General does is to run a large law firm (the AG’s office) that handles mainly civil cases.

2.  In the long run, it’s really bad politics.  Republicans have been arguing since at least Richard Nixon’s time that they are the party that is “tough on crime.”  When we campaign for AG within that frame, we are fighting on Republican turf.  So not only are we at a competitive disadvantage, but this sort of campaign guarantees that no one ever argues to the public for smarter, rather than just tougher, criminal laws.  When we fight the battle on Republican terms, we enshrine that prosecutorial view of the office in the public consciousness.

3.  In the short run, it doesn’t work.  Remember Steve Shannon in 2009?  He talked about having helped to create an Amber Alert network, and he promised that, if elected, he would personally go to court to prosecute Internet predators.  His campaign ads built on the Amber Alert program and seemed to say, “Be afraid.  There are child predators around every corner.”  If he said anything else in 2009, I don’t remember it.  And we saw how that turned out.

Now that I have that rant out of the way, here’s the point of this post — I have recently decided to support Mark Herring.  Here’s why.

We have a group of Democrats in Charlottesville who get together weekly for lunch; Mark joined us a few months ago, and Justin joined us a few weeks ago.  As far as I can recall, those occasions were the first time that I had met either.  Both are impressive guys, in different ways and for different reasons.

Herring is an experienced candidate and office holder; he worked his way up through Loudoun County to where he is now — a State Senator. He has practiced law in a civil firm in Leesburg for more than 20 years.  He gives a fairly traditional stump speech — long on Cuccinelli-bashing, “it’s time to get politics out of the AG’s office,” with some awareness that the Attorney General is not the top law enforcement officer of the Commonwealth. He gives off the sense of being a very solid guy, and someone who would make a solid Attorney General. His website has a lot of discussion of issues, most of them civil issues like voting rights protection and consumer protection. None of it is ground-breaking stuff — but at least he is not trying to emphasize crime fighting and scaring Virginians.

Justin Fairfax is a young guy who has an impressive resume. Duke undergrad, Columbia Law and Law Review, clerk for Judge Gerald Lee, then to WilmerHale in DC for 4 years before going to the U.S. Attorney’s office for 2 years.  This is the resume of someone on a fast track.

Judging by his website, I get the impression that he is concerned about people realizing how inexperienced he is.  You have to go to his LinkedIn page to get the details of how long he has worked where, or even to get a sense of his age (apparently about 35, judging by when he graduated from high school).

Overall, his website has the feel of a padded resume. Just one example — one picture caption reads “Star federal criminal prosecutor Justin Fairfax announced his campaign…” If you’re going to call yourself a “star federal criminal prosecutor,” you should be able to point to at least one case tried, one conviction garnered. I have never heard anything about any conviction that he obtained.

I got polled tonight by a woman from a group that was obviously working for Fairfax, and she asked me if it would be convincing to me that he had gotten over 100 convictions, and that he had gotten a conviction in a child trafficking case involving the notorious gang MS-13.  I didn’t know either asserted fact, and I tried to Google “Justin Fairfax” and MS-13 — nothing came up.  Not even his own website says that.  If you Google his name — just all by itself — nothing comes up but political references.  If you search the Washington Post website, the only mentions of his name are in connection with this race.

When Fairfax came to talk to our lunch group, we were impressed — he is clearly an intelligent, articulate and ambitious guy.  The argument that he makes for himself comes down to two points:

1.  He is “the only former federal prosecutor in the race.”  I have said above why I think the “prosecutor” argument is absolutely the wrong argument to make.  And why should it be important that he is a former federal prosecutor?  When we asked him whether he had learned anything in particular about what makes federal trials different from Virginia state trials, it was pretty obvious that he didn’t know anything about Virginia state trials.

2.  On the politics, he argues that the only way to win in 2013 is to attract young minority people to the polls, which he says he can do. Someone asked him, “Your claim to fame is that you are a former narcotics prosecutor, where most of the people you put in jail were young black people. Why should young black people see you as someone for them to back?” He didn’t really have an answer.

The Democrats’ 2001 experience suggests that Fairfax’s political argument is weak; people rarely come out specifically to vote for the bottom of the ticket.  Don McEachin was the African-American Democratic candidate running for Attorney General, and even in heavily African-American areas like Petersburg (-5%) and Norfolk (-10%), he trailed Mark Warner.

So I am not sure that the affirmative case for Justin Fairfax’s candidacy holds water.

But we were also struck by the fact that he was trying really hard to duck difficult issues of the kind that he will actually have to deal with as AG.  On almost every tough question — the death penalty, prison reform, drug legalization — he answered with some variant of “That’s a conversation we need to have.”  That’s the answer of someone who is not ready for prime time.  I don’t want to know that you think we should talk about it; I want to know that you know enough about the issue to have a position of your own.

As I said above, both Herring and Fairfax are impressive guys.  They both bash Ken Cuccinelli persuasively.  They both express their support for women’s reproductive rights, for voting rights, for getting the AG’s office out of the culture wars, etc.  They are both intelligent and articulate.  Fairfax has more rhetorical flair than Herring; Herring speaks from a greater depth of knowledge about Virginia issues and the ways of Richmond.

Justin Fairfax struck most of us as someone who could turn out to be a talented political figure, but who should start his political career at a rung a bit below Attorney General.

Mark Herring struck most of us as someone who is ready to be Attorney General now.