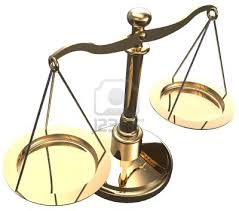 Are the liberal leanings of government bureaucrats an explanation of the IRS Scandal?

David Weigel, conservative-leaning columnist on Slate.com, thinks so.  After documenting the notion that more liberals than conservatives work in agencies like the I.R.S. (and offering an explanation, too:  liberals believe in government, while conservatives want to cut it back), Weigel   writes:

“[D]oes that excuse the IRS’s behavior in what Tom Reed called ‘Tea Party-targeting-gate?’ No. It explains the behavior.”

My response:  Maybe, but maybe not.

Observe that Weigel, a conservative, ASSUMES that partisan leanings lead to unfair favoritism of one’s side, and unfair suspicion of the other side.  In other words, he assumes that the ideal of “fairness” is not a reliable force in guiding a person’s actions.

That certainly corresponds to the conduct of the political right in our times.  But is it universal?

Recall that liberals have been exercising a kind of bogus and inappropriate “fair-mindedness” in our political arena in these years.  I’ve been calling attention to it repeatedly:  that “both sides do it” fallacy, deployed by liberals, like President Obama (but not only him), to obscure the asymmetry of the reality.

As the centrists Ornstein and Mann have documented extensively, in their book IT’S WORSE THAN YOU THINK, the problems in our polity are not symmetrical, but being driven by the right.

Nonetheless, our oh-so-eager-to-appear fair liberals consistently refrain from speaking with REAL fairness, such as the American Enterprise Institute’s Ornstein eventually came around to doing, and telling it like it is.  Reality is, I would say, a necessary standard for fairness.

So maybe Weigel’s right. Maybe the I.R.S. employees in Cincinnati or elsewhere, went after groups with “Tea Party” in their names because they had a political ax to grind.  Or maybe they had some other, non-partisan reason for thinking that this was a legitimate strategy for fulfilling their mandate.  It would be good to hear from them directly what their reasons were, so we can glean whether there’s a bias operating, and whether there’s any kind of scandal there at all.

Meanwhile, I’m sure that our fellow citizens on the right who know about my writings and my candidacy assume that I’ve been on the warpath against today’s Republican Party for almost nine years because I’m a liberal, and I’m like them in that I take it as my job to fight my enemies.

But they’d be wrong.

I spent the 1990s telling liberal groups that there are some important insights possessed by conservatives that liberals should examine and integrate into their understanding.

But something has happened on the political right that is highly toxic and dishonest and dangerous for the country.  And that development has sparked my willingness to do battle.

I do believe that if anything similar were to happen on the political left –the arising of a force so destructive and dishonest– I’d rise to combat that.

As it is, I do see something really dangerous having happened to the liberal half of America, and to the leadership of the Democratic Party in the past decade plus that is indeed dangerous– the combination of blindness and spinelessness which accounts for the failure to do battle vigorously against the force that’s arisen on the right.