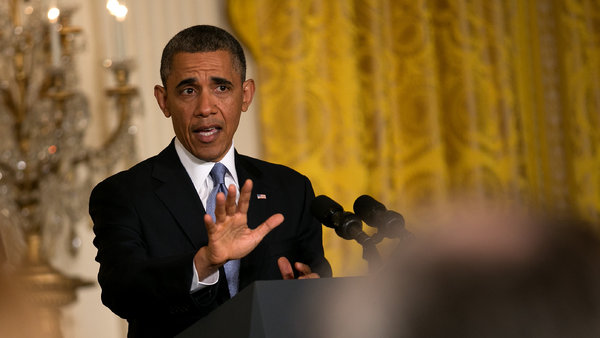 Two things in yesterday’s news and news coverage on Benghazi caught my eye.

First, there’s been plenty of talk about the Republicans’ “Benghazi obsession.” Some (including –if I remember correctly– Chris Hayes on MSNBC) have corrected that to say that it is really an “Obama obsession.”

But that’s not it either. What it is is AN OBSESSION WITH GETTING POWER. That’s the big pattern. That’s the consistent element over these years. That’s what makes sense of what’s going on.

Second, there was this quote from the President’s statement to the press yesterday. Rightly calling attention to the Republicans’ transparent efforts to attack him by making mountains of scandal over the molehills of the administration’s handling of the Benghazi attacks, President Obama concluded by saying:

“This whole thing defies logic.  And the fact that this keeps on getting churned out, frankly, has a lot to do with political motivations.”

“A lot to do with political motivations”? Please, Mr. President –I feel like shouting– is that the best counter-attack you can do? You are in a war with these Republicans. That’s how THEY act. That’s how they’ve acted since you first took office. It’s high time you went after them –with their lies and distractions — with the same ferocity that they are bringing to the battle.

“Political motivations”? At least make sure that you indicate for the public that it’s the Republicans’ motivations that are the problem.

And how about saying something about those motivations? Like that “obsession with getting power” mentioned above. Like putting making you fail way ahead of meeting the nation’s needs among their priorities.  Like trying finding some way to smear Hillary Clinton who looks like a good bet to keep the White House in the Democrats’ hands in 2016.

You’re in a fight to the finish with these Republicans, Mr. President. Stop pulling your punches. Take the gloves off.