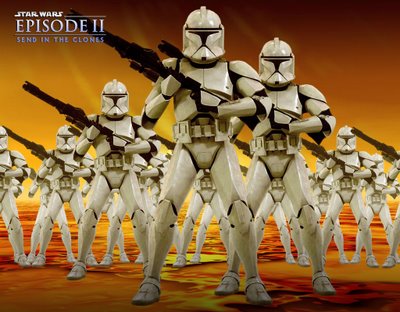 The following press release is from the Mark Herring for AG campaign (image added by me):

(Leesburg) – Tomorrow, the most extreme activists in the Republican Party of Virginia will gather to pick their nominee to replace Ken Cuccinelli as Attorney General. Regardless of the winner, one thing is clear: both Mark Obenshain and Rob Bell would continue to push an extreme agenda.

“Both Mark Obenshain and Rob Bell are out of the mainstream and do not represent the views of an overwhelming majority of Virginians,” said Kevin O’Holleran, campaign manager for Democratic Attorney General candidate State Senator Mark Herring. “These Tea Party Republicans are Cuccinelli clones, ready to continue his efforts to punish women for making their own health care decisions and working to prevent any common sense solutions to prevent gun violence. They are too extreme for Virginia.”

While the Cuccinelli campaign is doing its best to creep away from the Attorney General’s extreme record and disastrous involvement in the Star Scientific scandal, Mark Obenshain and Rob Bell have tried to out-Cuccinelli one another.

During Mark Obenshain’s press conference announcing he was running for Attorney General, he said he believes that the “attorney general’s done a great job.”

In fact, during a recent interview with the conservative blog Virginia Virtucon, Mark Obenshain went as far to say, “I can take the baton from Ken, build on his work, without missing a step.”

If that weren’t enough, Obenshain bragged about the old days serving in the State Senate with Ken Cuccinelli. The two right-wing conservatives were seatmates and in 2004 “literally were not allowed to go to Republican caucus meetings” because they were trying to defeat then-Governor Mark Warner’s bipartisan budget reforms.

But what about Obenshain’s and Bell’s records in the legislature?

We know Ken Cuccinelli had one of the most conservative records as a State Senator and as Attorney General, but what about Obenshain and Bell? Their extreme records include: allowing guns in bars, allowing guns in day care centers, dismantling the one gun a month law and repeatedly voting against closing the gun show loophole.

It only gets worse…

Their records on women’s health care are appalling. Both candidates supported (Obenshain sponsored) the Personhood Amendment which would have inserted government into a woman’s personal decision about contraception.

And they both voted in favor (Rob Bell sponsored the bill) to force women to undergo invasive transvaginal ultrasound procedures.

“After four years of Ken Cuccinelli, Virginians are ready for fundamental change in the office of Attorney General,” Mark Herring stated. “Virginians don’t want another Cuccinelli clone. Instead, we need an Attorney General who will respect a woman’s right to make her own health care decisions and work to implement common sense solutions to prevent gun violence.”