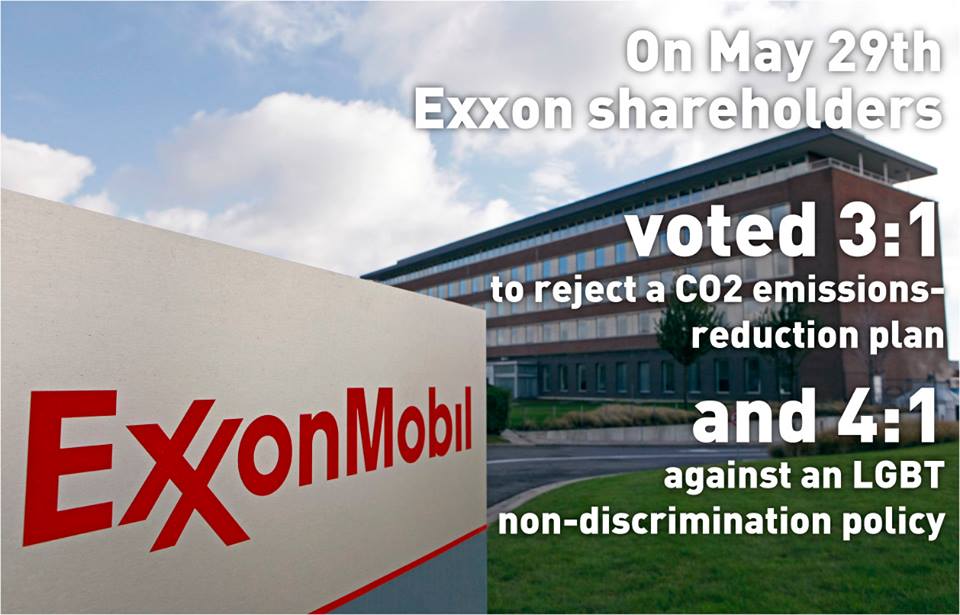 Here are a few Virginia (and national) news headlines, political and otherwise, for Friday, May 31. As for ExxonMobil, let’s summarize: a) they’re profiting greatly by destroying the planet; b) they’re proudly discriminating against LGBT people; and c) they are evil incarnate.

*The GOP is too juvenile to govern (Comparing the GOP to juveniles is an insult to good kids everywhere!)

*Why there are no Dem counterparts to Tea Party legislators (But, but, but…what about the corporate, right-wing media’s false equivalency narrative?!? Oh well…sigh.)

*Marcus: The GOP’s ‘pack’ of whoppers (Stuff like the GOP’s “court packing” charge shows that they’re just as crazy as the Tea Party extremists.)

*Kaine: 2nd sequester year will hit Va. harder than most (Thank the 2010 Tea Party election for this one.)

*Warner safe for reelection (More interesting: “There’s 77/16 support for expanded background checks on gun sales in the state” and “80% of voters in the state think employers should not be able to discriminate against employees based on their sexual orientation.”)

*Restoring voting rights to Virginia felons (“Pressure will remain on future governors to go further – to find disenfranchised felons and restore not only their voting rights but also Virginia’s democracy.”)

*Herring drops first television ad (And it’s a good one!)

*Marsh endorses Thompson, turns his back on Dance (What a soap opera this primary is…)

*The case against fracking in the George Washington National Forest

*Nationals shut out by Orioles

*Soupy and sultry through Sunday