(Check out two good stories on the debate by the Richmond Times-Dispatch’s Markus Schmidt and the Washington Post’s Errin Whack. Both show Obenshain trying desperately to run away from his radical, far-right-wing positions, and Mark Herring not letting him get away with that. – promoted by lowkell) 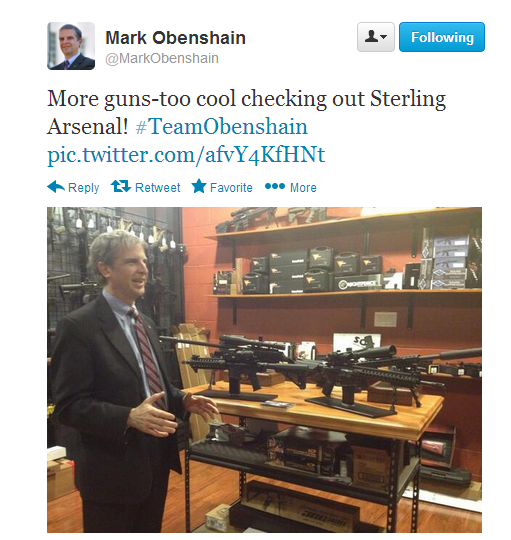 From the Mark Herring for Attorney General campaign, it looks like Mark Obenshain is trying desperately to run away from his far-far-right-wing record of trying to criminalize miscarriages, of discriminating against gay and lesbian Virginians, of getting a ZERO rating from the Virginia Education Association (and an “A” rating from the NRA), etc. In reality, of course, Obenshain will never be able to run away from the fact that he “votes like E.W. Jackson talk,” as Sen. Herring put it at this morning’s AG debate in Virginia Beach. Let’s make sure we elect Mark…Herring, that is, NOT Obenshain!

OBENSHAIN RUNS AWAY FROM RECORD ON MISCARRIAGE AND ULTRASOUND BILLS, AND HIS OPPOSITION TO TRANSPORTATION BILL DURING FIRST DEBATE

“Senator Obenshain and I couldn’t be farther apart on the issues Virginians care about,” Herring stated. “He sees the law through the prism of radical extremism.”

In the days leading up to today’s debate, Obenshain had attempted to distance himself from the extreme views of his ticket-mate E.W. Jackson. But Herring said that Virginians need only look at Obenshain’s record in the Senate to find there is no difference between the two men.

“Much has been made of E.W. Jackson’s rhetoric but the truth is that Senator Obenshain votes like E.W. Jackson talks. Through the power of his Senate seat, he’s not only given those views a powerful voice, he put these extreme views to work through legislation he proposed, in amendments, in committee action and votes on the Senate floor.”

“It’s a fair question,” Herring stated, “Who is more dangerous: the candidate who makes radical speeches, or the politician who tried to turn those radical ideas into law? I’d answer both are deeply disturbing.”

From restricting women’s reproductive rights including sponsoring a bill to force women to report miscarriages to the police, to discriminating against LGBT Virginians, to opposing common sense measures to reduce gun violence, and opposing the bipartisan transportation compromise, Herring explained that the Cuccinelli-Jackson-Obenshain ticket would take Virginia in an extreme direction.

“I have a different idea about the job of Attorney General,” Herring said. “I believe in the quaint notion that the law, not extremist politics, is the essence of the job.”