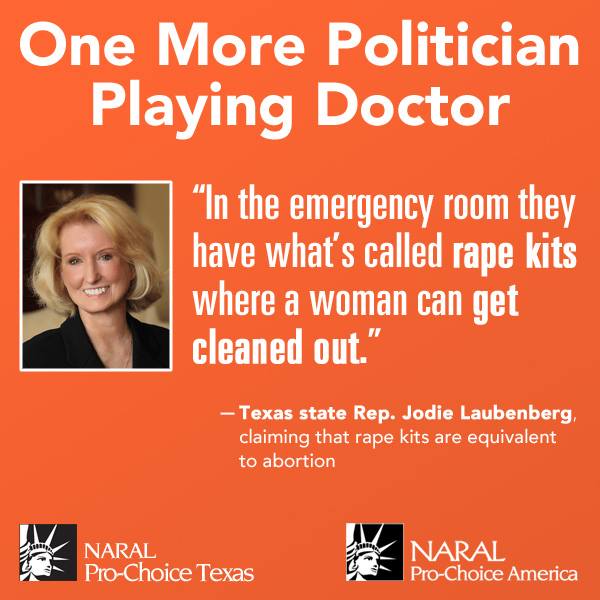 Here are a few Virginia (and national) news headlines, political and otherwise, for Tuesday, June 25. Oh, and check out the graphic by NARAL of the Republican anti-choice fanatic du jour…for once not a male Republican, but still an imbecile.

*President Obama’s Second-Term Plan To Address Climate Change (There seems to be a lot of good stuff in here, along with some that’s more “reheated” and some – for instance, the oxymoronic “clean coal” – in this plan. Now, we need to implement the good stuff ASAP, hopefully ditch the bad stuff. Got to keep the pressure on!)

*Corker, Warner to introduce federal housing finance legislation (I haven’t read this, but the fact that the bat****-crazy Heritage Foundation doesn’t like it is a very promising sign! LOL)

*Samuel Alito Rolls Eyes While Ruth Bader Ginsburg Reads Dissent (So, Alito rules against workers, then rolls his eyes as Justice Ginsburg explains what’s wrong with that. What a guy.)

*Officials: How Edward Snowden Could Hurt the U.S.

*Ken Cuccinelli’s incomprehensible war against the Silver Line (It’s not “incomprehensible” at all: Cooch is a rabid, anti-tax, anti-labor and anti-transit/anti-environment ideologue, what else would we expect?)

*Cuccinelli Refuses To Say Whether E.W. Jackson Was His Top Choice

*STAR SPREE: Star Scientific CEO financed shopping spree for first lady (Corruption run amok in a state where just about anything goes when it comes to corporate influence over our political system. We should all be outraged and demanding change, but are we?!?)

*Why You Shouldn’t Be Surprised That The National Zoo Lost A Red Panda (“Though zoo officials still aren’t sure how Rusty got out, the National Zoo has been hard-hit by sequestration cuts…the Zoo hasn’t been able to fill several keeper and curator jobs, forcing the whole institution to take shortcuts.” Thanks Republicans!)

*Virginians on both sides praise ruling on admissions (You know a corporate media outlet is happy when they get to use the phrase “both sides.”)

*Smithfield Foods drops Paula Deen as product spokeswoman (I’m no fan of Paula Deen’s, to put it mildly, but Smithfield Foods is one of the scummiest/nastiest companies around, and will only get worse under Chinese ownership. Cutting Deene loose does nothing to address any of Smithfield’s other, myriad, “issues.”)

*McDonnell heralds decline in Va. homeless rates (Don’t you love when politicians claim credit for things they not only had NOTHING to do with, but that their policies made – or would have made, if enacted – even worse?)

*Moving quickly in Norfolk schools (“Norfolk public schools’ need for drastic change has been clear for some time.”)

*Cost, design of $1 million bus stop in Arlington to be reviewed by contractor