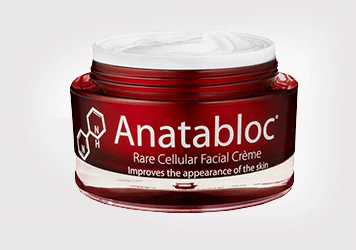 A bunch of great questions from the Democratic Party of Virginia. Any answers, Ken?

Late last week The Washington Post reported on an effort by Ken Cuccinelli’s campaign to explain his and the Office of the Attorney General’s involvement in the prosecution of former Governor’s Mansion Chef Todd Schneider.

Gifts that Cuccinelli received from Star Scientific CEO Jonnie Williams, along with unreported stocks that he bought in Williams’ company, have raised questions about Cuccinelli’s impartiality in prosecuting Schneider, who catered the $15,000 Governor’s mansion reception for Governor Bob McDonnell’s wedding. Williams paid the check for the reception but McDonnell never disclosed the gift.

Cuccinelli’s campaign tried to explain away the many conflict of interest questions Cuccinelli’s conduct has raised by presumably asking the Attorney General’s Office to prepare a memo of when Cuccinelli knew what in the chef’s case, which the campaign then forwarded to The Washington Post.

Whether it is a proper use of public resources for the campaign to ask state employees to prepare purely political explanations of its candidate’s official behavior is one question that the Post story raises. Below is a full list of the many others that Cuccinelli should answer if he wants Virginians to believe his rhetoric about transparency and accountability:

1. How did your political campaign for Governor receive an official document from the Office of the Attorney General?

2. Did your political campaign pay FOIA fees for this official document?

5. What precedent is there for such an action? For reference, the last time you were “walled off” from a case because of your conflict of interest with “Bobby Thompson” you chose to do it yourself.

6. Why did your office make the determination to inform you of the allegations in the Schneider case in August 2012 when they were first informed by the defendant of allegations involving the Governor as early as March 2012?

7. Do you stand by your claim that you have not spoken to Jonnie Williams since summer 2012? Is it still true that the last gift you received from Williams was in July 2012?

8. Why did your campaign cite the only conflict of interest you had with Williams as staying in his home in 2010? At that point in time (March 2012) you had reported an additional trip to Kentucky paid for by Williams, $6,700 in Anatabloc, and use of Williams’ lake house and boat.

9. Was there a particular conversation or occurrence during your stay in his home that they were concerned about?

10. Why, after being informed of Schneider’s allegations against the Governor in September-October 2012, did you still continue to “forget” that you had not disclosed $5,000 in gifts from Williams even when you went back and corrected your forms to disclose your Star Scientific stock?

12. What role did you play in the ongoing Schneider case between October 2012, when your campaign claims you were fully briefed, and March 20, 2013 when the indictments were first made against Schneider by the Multi-Jurisdictional Grand Jury?

14. Did you speak to the Governor about the indictments before March 20, 2013 or after?

15.   Why, when your campaign claimed your official office “walled” you off from the Schneider case because of your conflict of interest with Williams, did you not recuse yourself from the case immediately and instead wait for public pressure?