Stacey Kincaid and Mark Sites are running for the Democratic 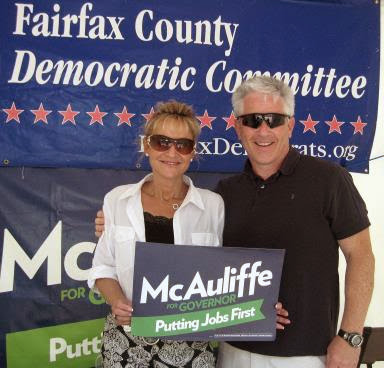 nomination for Sheriff of Fairfax County in a caucus next Tuesday. The winner Tuesday, would face likely Republican nominee, Bill Cooper in November. Cooper is a standard issue Republican and has run against Stan Barry before and will run a very active campaign. On the Democratic nomination, the bottom line is Stacey Kincaid has much more experience and union endorsements from the Deputy Sheriffs, SEIU and the Professional Firefighters and Paramedics. Case closed.

Beyond this, Stacey would be the first female Sheriff of Fairfax County and the only women on the ballot across Fairfax on November 5th. So just in Fairfax County, there would be 7 men and only 1 women running for 4 offices: Governor, Lt. Governor, Attorney General and Sheriff. This is kind of a big deal as VP Joe Biden might put it. I'm pretty sure women make up more than 13% of our population and that is why Stacey can help us reach out to women and men who might normally not come out to vote in an off year election. We must increase our margin of victory in Fairfax County in order to win our other statewide races and Stacey can help us do that.

If you’ve been to many Democratic events lately or check out her Facebook page, you can see Stacey is an awesome campaigner. She goes to everything and meets and talks with everyone she can. This is a critical ingredient for a winning recipe in November. This is a historic opportunity to elect the first female Sheriff in Fairfax County but there is a serious effort going on now to make sure this doesn't happen and to maintain the status quo. So if you believe in equality, here is an opportunity to make your voice heard. I hope you will join me in attending and voting for Stacey Kincaid for Sheriff of Fairfax County, next Tuesday, 6:30pm at Woodson High School Auditorium.