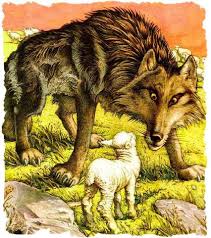 I’ve said that today’s American crisis is – in some ways – a replay of the run-up to the Civil War. The spirit on the political right wreaking havoc on the nation these days is a re-emergence – or perhaps, a re-incarnation- of the spirit that drove the South to make war over slavery, pressing the argument until the nation had broken in two and descended into a nightmarish Civil War.

Though the circumstances and the particulars have changed, there’s a pattern — a spirit – that has moved through time.

“We all declare for liberty; but in using the same word we do not all mean the same thing. With some the word liberty may mean for each man to do as he pleases with himself, and the product of his labor; while with others the same word may mean for some men to do as they please with other men, and the product of other men’s labor. Here are two, not only different, but incompatible things, called by the same name-liberty. And it follows that each of the things is, by the respective parties, called by two different and incompatible names-liberty and tyranny.

“The shepherd drives the wolf from the sheep’s throat, for which the sheep thanks the shepherd as a liberator, while the wolf denounces him for the same act as the destroyer of liberty, especially as the sheep was a black one. Plainly the sheep and the wolf are not agreed upon a definition of the word liberty; and precisely the same difference prevails today among us human creatures, even in the North, and all professing to love liberty. Hence we behold the process by which thousands are daily passing from under the yoke of bondage, hailed by some as the advance of liberty, and bewailed by others as the destruction of all liberty. Recently, as it seems, the people of Maryland have been doing something to define liberty [abolishing slavery in the state]; and thanks to them that, in what they have done, the wolf’s dictionary, has been repudiated.”

Southern slaveholders (the wolves in Lincoln’s fable) insisted that liberty required that those in a dominant position (over slaves), be allowed to maintain their domination, and to advance their own interests at the expense of the interests of those whom they had subdued.

Liberty, as it is pushed by Republicans now, has the same kind of meaning. Republicans fight for the right of people of wealth and power to do whatever they want.

The wolf’s kind of liberty today includes giant corporations being free from regulation that is for the public good.

The rights of the Whole in some situations should trump the freedom of action of the Part. But today’s Republicans argue for a kind of liberty that denies the legitimacy of society, acting collectively through the democratic state, to impose specific limits on very powerful interests.

Even as Republicans claim liberty from law, they support a kind of liberty that enables these special interests to buy the power to make the laws. In the name of “liberty,” the Republicans are helping their corporate partners gain control of the political system.

Building upon previous perverse rulings that declare money to be a form of speech, the Republican Supreme Court gave us the Citizens United decision, declaring corporations to be persons with the right to liberty, and thereby expanding the ability of moneyed interests to buy our government at the very time that inequalities of wealth are greater than they’ve been in living memory.

This is the liberty of the wolf in Lincoln’s fable.  The wolves of our time express the same dishonest and unjust spirit.

Andy Schmookler, recently the Democratic nominee for Congress from Virginia’s 6th District, is an award-winning author, political commentator, radio talk-show host, and teacher.  His books include The Parable of the Tribes:  The Problem of Power in Social Evolution.   His website is at www.NoneSoBlind.org.