It’s almost fifty years since I made the interpretation of the meaning of cultural expressions the focus of my explorations.  I spent the last two of my undergraduate years at Harvard interpreting the meanings of the paranoid fantasies of the radical right, the evolution of religious symbolism and, for my undergraduate thesis, “The Psychology of Heroic Tragedy.”  I then went to begin graduate study with the Committee on Social Thought at the University of Chicago, having applied to pursue “the psychology and sociology of literature, religion, and politics.”

The insight, from depth psychology, that we humans are often far from fully aware of where we’re really coming from and what we’re expressing in what we say and do seemed to me crucial to understanding the human world.

Life soon took me in other directions, but that perspective has remained one of my interests and one of my tools in the years since.  In this era in which a good share of America has lost touch with reality in the political sphere, that’s been useful.  And it seems to me that the substantial erosion in our culture, in the past fifty years, of that depth-psychology insight – indeed in the whole concept of the unconscious – is quite likely related to a precipitous drop in our times in what might be called the “sanity” of American culture, in particular American political culture.

What occasions these thoughts is the spectacle this week of what seems to me a strangely misguided outpouring, from the American press, of disrespect onto President Obama for how he’s dealt with Syria.  It is those expressions that don’t make good objective sense that serve as clues to psychological forces operating beneath the surface.

Here’s how I see what’s going on.

To what I’ve already written about why “Obama’s Syrian Moves Deserve More Respect than They’re Getting,” I’ll just add that I see good decision-making as including, wherever practicable, adapting to new developments in a flexible way.  Better to be a guided missile, that can change course in mid-flight, than a bullet whose course is determined the second it leaves the barrel.  As my father, an economist used to say, “In times of uncertainty, maintain maximum flexibility.”  I think President Obama has done this pretty well,  (And the outcome is likely to be a good deal better than the kind of arrogant, “I know everything I need to know” approach that Bush-Cheney-Rumsfeld followed as they created the disaster in Iraq.)

But much of the press has characterized Obama’s flexibility – his unwillingness to act precipitously in a dangerous situation without clearly good options, his adaptation to changing circumstances — as weakness.  Adapting to events is condemned as passivity.  Sharing the stage with another, not altogether friendly geo-political power, indispensable to any non-violent resolution of the crisis, is denigrated as a failure to lead.

The press speaks as if it sees all this clearly, of course.  But I think they’re unaware of what they’re really expressing.

I bet that the press would see these same Syria moves very differently if they were made by a president whom the press didn’t already perceive as passive and weak and failing to lead.  I can imagine the press praising such a president for his being careful, thoughtful, able to seize and create opportunities, not so trigger-happy as some we’ve seen as commander-in-chief, aware of the big picture, etc.

But not Obama.  Why?

The central fact of American politics right now, as most Americans experience it, is that the system is not working.  This Congress is accomplishing less than any Congress in modern times.  We have challenges, and we’re not meeting them.  Most Americans have been losing ground economically, and nothing is being done to remedy it (indeed, the gulf of economic inequality is reportedly still widening).  The government is paralyzed. (The main exception of its paralysis is in its apparent inclination to create altogether new problems with government shut-downs and defauting on the debt.)

But this isn’t the whole of how Americans see  this paralysis and dysfunction.

If the political system is broken, what is the president doing to fix it?  “The buck stops here” is a general phenomenon in America politics:  the president is the one who’s supposed to take responsibility to see that the ship of state sails to where it needs to get.  It’s the president who is supposed to lead.

If the system is being crippled by enemies of the public interest, it’s the president’s job to go after them.

When the president sits back and seems to accept — that is, does not actively and determinedly fight to alter — a situation that the American people find Unacceptable, he will be seen as passive, as weak, as failing to lead.

So now, when the President pursues a policy that might have been praised under other circumstances, the press pounces on him, attributing to him in the Syrian situation the very qualities that he’s been showing in an altogether different realm. (This is an example of the “halo effect.”*)

The press is right that we need from Mr. Obama stronger, more active, more aggressive leadership.  They’ve just misidentified the area where it’s been lacking.  (It is often the case in human groups that important messages get delivered indirectly, or in coded form.)

So what might this more active and stronger leadership look like?  President Obama could be actively pressing the battle against the obstructionism of the Republicans.

If the Republicans in the House can vote to repeal Obamacare 40 times, why can’t the President propose his jobs bill every week until it gets enacted?  That’s the kind of measure the polls show the American people want.  Keep the spotlight on the problem that must be addressed, on his insistence on solving it, and on the Republicans’ failure to serve the American people.

Why can’t the President hold a press conference every week, beginning each with a statement that challenges the Republicans in the Congress to pass measures that clear majorities of the public want (some by overwhelming margins), like the universal background checks on guns, or immigration reform?

Why can’t the President challenge the Republicans to a series of regular debates on a series of issues on which the public wants action, going on television with or without a Republican champion to come into the arena to defend the indefensible?

That pressure on the Republicans is important.

Consider the issue du jour: the inability of Speaker of the House John Boehner to get his Republican caucus to fund the government.  Boehner is loath to disregard the infamous “Hastert Rule” and, with less than a majority of his obstreperous Republicans, to bring to the House floor a measure that, with the help of the Democrats, could get a majority of the total Congress to support it.

President Obama has not used the power of his office nearly as effectively as it can be used.  It’s not that he’s been weak as commander-in-chief, but as the leader of the nation.

On all this, the press has been mostly mute.  But now this major unspoken truth is coming out but in displaced and distorted form, faulting the president in a different fight.

I doubt the press is aware of just what they are expressing and why.

The nation would be best served, I believe, if the President would remain careful on Syria and become bolder in addressing his opponents in Congress.

• From Wikipedia: “The halo effect or halo error is a cognitive bias in which one’s judgments of a person’s character can be influenced by one’s overall impression of him or her. It can be found in a range of situations from the courtroom to the classroom and in everyday interactions.” 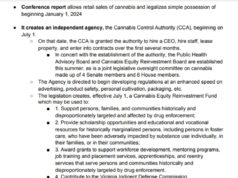