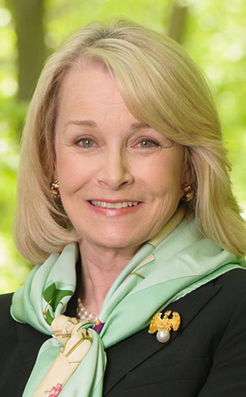 I sat down for lunch earlier today with 34th House of Delegates district (McLean, Great Falls) candidate Kathleen Murphy and her campaign manager, Raymond Rieling. Here are some highlights from our conversation.

*According to Murphy, Barbara Comstock claims she’s “an elected official, I uphold the law, but [Comstock] never finishes by saying ‘it is my goal to overturn Roe v. Wade.'”

*”The [hard-core Tea Partiers] want somebody to overturn the government; they don’t see that our government does anything good — and that’s sad.”

*”I have run into people at the doors who will say ‘I’m a Republican,’ and I’ve looked at them and I say ‘are you a Reagan Republican, or are you a Comstock/Cuccinelli Republican, because they’re very different.”

*”Comstock and Cuccinelli really have attacked the rights of women in a way that’s a new low, with mandatory trans-vaginal ultrasounds…closing these clinics where women get basic health care, cancer screening, Pap smears…and they say ‘not our problem.'”

*Comstock “wants to run for Congress, maybe Governor…Karl Rove contributes to her, he has advised her…she learned from him.”

*Comstock’s campaign is accusing Murphy’s of being “negative,” but if Comstock thinks that pointing out her own votes is “negative,” then Murphy says “don’t vote that way!”

*”A lot of people are very discouraged on the Republican side by the Cuccinelli/Comstock/Obenshain [ticket], especially with the attack on women’s rights. Even Republican women are coming around and saying, ‘You know, I really like Barbara, but man alive, I don’t like the way she has voted on these issues…Some of [those voters] are coming my way.”

*”This is going to be a very tough race, but I don’t back away from it, and I’m not afraid of her. I think she’s going to have a really hard time defending her voting record.” (note: there will be four “forums” – not debates, god forbid – in this race)

*”I am not running against Barbara Comstock because I don’t like her, I am running against her because of her voting record – she votes against us…in a way that is totally unacceptable for women…education…transportation…she votes with the gun lobby.”

*”I lost my brother to gun violence, and I can tell you that’s a big issue for me. Preventing gun violence should be huge for us…Barbara’s people have said to me, ‘if your brother had been armed, he wouldn’t be dead.’ I told the guy, thank you very much, but he was a licensed gun owner, he knew how to use a gun, and it didn’t save his life.”

*Murphy related a scary story on guns: “When my son was a 5th grader, he went and stayed with a friend. When they came back to our house, they went into his room and closed the door…I went in and they had brought a gun home from the other kid’s house…a loaded gun…so I took the gun, and he was saying ‘oh gosh mom, this is going to make so-and-so really mad at us, and I said, ‘well you’ve already got this so-and-so really mad at you.'”

*We talked for a while about the importance of solid-blue areas like Arlington and Alexandria helping candidates like Kathleen Murphy in swing districts. That one should be a no-brainer, IMHO.

*According to Murphy, when people find out what Comstock’s voting record is, some “gasp,” while others stand there and “just shake their head and say, ‘this can’t be true.‘”

*This is a race where “one candidate is totally pro-gun, doesn’t want to talk about gun safety or gun violence prevention, running against a woman who’s experienced two tragedies from gun violence…It’s an important part of who I am. I had a brother, his name was Steven. And he was murdered, for no reason at all…”

*What happened Monday in the Navy Yard should not be politicized, in Murphy’s view. “This is a…tragedy that our country and this area has experience…and we are human beings and our hearts are broken along with those families, and what we need to do is turn around and say we care enough to continue to fight so that we get some sensible ways to reduce gun violence. You can’t let them talk you out of that.”

*I asked Murphy about the Jewish “joke” by Republican 10th CD Chair John Whitbeck. She asked, “I just want to know how it’s possible for the Republican Party to allow someone with those kind of really hateful attitudes and values and beliefs to represent their party?” In Murphy’s view, Barbara Comstock “should absolutely condemn [those remarks], but you’ll never see her do it.” Murphy added, “You can quote me on this: Barbara Comstock agrees with Cuccinelli about 90%-95% of the time. I can only assume that she completely supports his association with this man, who I think is disgraceful.”

*Murphy provided a synopsis of her personal and political narrative. At the doors, she emphasizes “real…workable solutions to congestion, getting more people onto transit…making our schools even better…paying our teaches a livable wage in this area…It is important that we stand up for the rights of women, because I am running against a crew that wants to legislate discrimination, ignorance and intolerance…and we should say no. And then I say, I lost my brother, and I know what tragedy feels like…and I will work very hard to come together to have a conversation about how we can address gun violence…and make our families and our communities safer.”

*What can Democrats and progressive activists in deep “blue” areas in places like Arlington and Alexandria do to help Murphy? She says, “knock on doors and donate…so we can continue to pay for grip cards and the [salaries of staffers]…and so that I can stop trying to raise money and go out and knock on more doors…every door I knock is a vote I can get, and I promise you I’m picking up votes…”