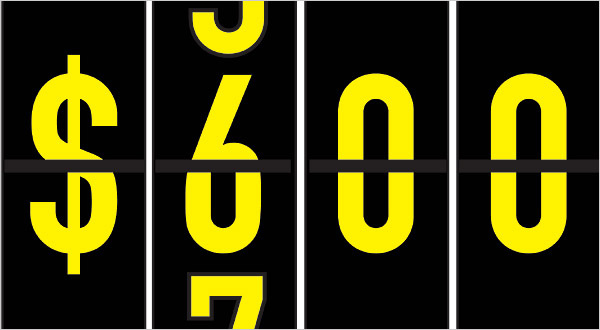 Despite all the tens of millions of dollars being spent on the 2013 governor’s race, the outcome may be determined by a $600 dollar expenditure that Ken Cuccinelli refused to make, and that his campaign wasn’t smart enough to figure out how to make. The biggest definer of the 2013 race, given the likely off-presidential year turnout, is the impact of the McDonnell “gift gate” on the overall campaign “narrative.” As the sitting Attorney General, Mr. Cuccinelli actually had an opportunity to turn lemons into lemonade with a smart strategy.

But this would have required him to do what he has incredibly refused to do, what his campaign strategy folks have indeed defended in public: return the $18,000 in gifts provided by Jonnie “The Rat” Williams, the bad boy at the heart of the McDonnell Mess. For reasons of politics which I confess to totally fail to comprehend, the Cuccinelli forces not only refuse to donate that $18,000 to a charity – a traditional way to handle having to return contributions – but they justify it by saying the AG doesn’t have the money.

This is not only a self-damning explanation, it is a metaphor for the AG’s campaign troubles. Let me explain.

The GOP GUV team could have largely neutralized the $18,000 issue by sending the money to help battered women. Cuccinelli could have taken out an $18,000 loan against his house, or any number of ways, even temporarily borrowed it from a retirement fund with any competent legal/accounting help. This could have been done on July 1 of this year. A belated decision, but politically acceptable for purposes of ending the debate with minimum damage.

Let’s assume he went the mortgage route. He could have taken out an interest-only loan. The first payment is due on August 1. Thus, through the campaign, he would have had to personally pay what? 600 bucks?

On election day, one of two things is going to happen. Cuccinelli either will win the Governorship, meaning it would be the best $600 he ever spent. Or he will lose, at which point he can have the campaign pay off the loan by any number of legal means. Other candidates for Governor have gotten money from campaigns to pay off personal and other expenses. Indeed, they have used that money to pay themselves a salary. If Cuccinelli loses, no one is going to give, as Brad Pitt said in Moneyball and rather appropriate here, “a rat’s ass” about the matter.

Voila: The Jonnie “The Rat” Williams gift problem GONE. Instead, Cuccinelli’s campaign strategy has mired him in the McDonnell Mess like someone caught in quicksand. In political campaigning, if you are being forced to explain, there is no gain: indeed, in this instance, it’s a terrible image distraction in my book.

Why? Most of political communication is one side disputing the factual basis of the other. “Your plan wrecks this, my plan doesn’t” is met by “You’re lying about my plan, it doesn’t wreck anything, but yours does,” yada, yada, yada. The swing voter therefore is not sure who to believe.

But Cuccinelli doesn’t dispute the FACT he took the money and refuses to give it back: he concedes Terry is telling the truth about that. Rather, all Cuccinelli and his campaign are doing is explaining why the FACT exists. Meaning: This is a FACT the voter knows is true. The only argument is what it means. Terry says it makes Cuccinelli XYZ; the GOP campaign says that is not true, it makes Cuccinelli ABC.

In the 14th century in England, the rules of debate in a court of law were geared to find a fact both sides would agree to argue, each on the ground it proved their case. While I greatly oversimplify, the case would be won or lost not on whom had the best overall argument, but rather which side prevailed on this one fact. It made the case easier to decide, and it allowed each side to pick its poison so to speak.

This isn’t 14th century England, although some of the rhetoric this year may make one think of the pre-Enlightenment era. But it does seem that the Cuccinelli campaign, for reasons which baffle everyone I know in politics, has decided to get into an old 14th century legal debate over Jonnie Williams’ gifts.

As a matter of politics, this makes NO SENSE. As a matter of finances, this makes NO CENTS. In terms of practical finance, it amounts to $600 out of pocket from Mr. Cuccinelli. Dollar for dollar, it is emerging as the most expensive campaign mistake in the history of Virginia gubernatorial campaigns.