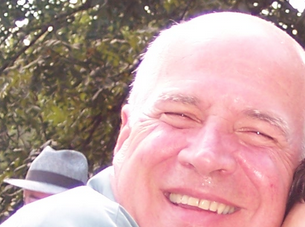 Borrowing from the title of Mudcat’s own book, there is indeed a fox in the hen house. And it turns out it is Mudcat Saunders himself. Today Mudcat Saunders revealed himself as the most obnoxious, biggest turncoat in VA electoral politics. I refer to his barely-short-of-an-endorsement statement that he hopes Cuccinelli wins. Calling McAuliffe a corporate Democrat, Saunders said he hopes Ken Cuccinelli wins the governor’s race in VA. I refer you to this article from the Washington Post.

“I’m a friend of Ken Cuccinelli’s and I hope he wins,” Saunders said. “I’m a Democrat, and not a corporatist. I don’t support corporatist candidates.”

Mudcat had no problem with Warner’s work for the phony “Fix the Debt” (as if) crowd. Warner went on the public speaking tour via a Peter Peterson Americans for Prosperity (really Americans for the Prosperous) spin-off. His “Gang of 6” proposal would have ultimately stripped Social Security from the middle class, rendering it a poverty program. The rest of seniors would be up the creek despite the fact that we PAID for our Social security. But Cuccinelli slams McAuliffe, who supports Social Security among many other programs which help real people, rather than corporations? Are you kidding me? (note: unlike those born in the early part of the twentieth century, on average, my cohorts and I paid in more than we will get out)

And then there’s this gem from Mudcat:

“Because I’m not blind, and I see a guy who’s got rich because of his political contacts, and I think that’s wrong,”

(My aside: Are you sh***ing me?) And Mark Warner didn’t get rich milking contacts from years of rubbing shoulders with those in the seat of power? But as the WP notes, Mudcat helped Mark Warner develop his “NASCAR strategy” which many suggest was instrumental in Warner’s election. Again, Mudcat, thy name is hypocrisy.

I am not needlessly bashing Sen. Warner here. I do this by way of illustration and to make some important points. Just to let readers here know, I volunteered many hours to get Warner elected to the governorship of VA (and donated to his campaign as well). Now, I would never want Warner to be governor again, US Senator again, much less president of the United States. But were he running against an extremist such as Ken Cuccinelli for any position whatsoever, you better believe I would vote for Mark Warner. (And were he a president who stole my Social Security, I would work to impeach the hell out of him. I’m not kidding about that, no matter who tries to do it.)

But now Saunders suggests what is completely untrue, that there are not hugely important differences between McAuliffe and Cuccinelli, and that they do not all break in favor of the Democratic candidate. Let’s be honest. Corporate Dems are a real problem for both our party and the American people. That was true in Bill Clinton’s day and it is true in Obama’s presidency. Such Dems are not blameless in some of the important problems of the day.

But there is much more than a dime’s worth of difference between the Tea party GOP candidates, all of them, and Democrats whoever they are. And Cucinelli is the worst among them all. Cucinelli is a hater, a racist, and a homophobe.

Name a subject of any consequence and Cooch is on the wrong side of the issue. It is not “just” social issues, though those are enough. If a man cannot be fair and just to all the citizens, he should never have been AG much less governor. He has run his office by abusing his power. The man didn’t do his job as AG. He went on a vendetta against scientists. He failed to protect the citizens of Virginia against online and other fraud and scams. He issued spurious legal opinions. He has behaved unconstitutionally in defiance of the US Supreme Court. He has worked to subvert health care for Virginians. He is so ignorant you wonder how he ever got a law degree. The pages of Blue Virginia have been loaded with significant reasons why not to vote for Ken Cuccinelli. How hard can it be to get a clue?  Mudcat is worse than irrelevant.

Worst of all, Ken Cuccinelli is a pawn of ALEC, which means Mudcat is blatantly wrong about his basic premise. When he says that Ken Cucinelli cares for people on the bottom, Mudcat is a terrible liar. He cares only about the Koch brothers and their 1% buddies (Foster Friess, CONSOL Energy, etc.). If I believed in book burning, I would also burn my signed copy of Mudcat’s book, which I am embarrassed to admit I own. Perhaps Cooch would like it?

Video: At “Patriots” Gubernatorial Forum, Glenn Youngkin Says “JV” Pete Snyder Should Be “Ashamed” For His “Lies”; Snyder Responds, “IF I ever hit you,...