Do you know about Atif Qarni? Well, you ought to! Challenging incumbent Bob Marshall to represent HD-13, Qarni is on the side of LGBT rights! You heard right, Manassas Park and Prince William County residents have a chance to replace Delegate Bob Marshall with somebody who will never say “sodomy is not a civil right,” will never lead an effort to block a gay person from becoming a district judge, and will never introduce an amendment to ban gay marriage in the state of Virginia. You guessed it…you can thank incumbent Bob Marshall for the Marshall-Newman Amendment that bans same-sex marriage in the Commonwealth. Delegate Marshall has been called one of the most homophobic and gay hating members of the Virginia General Assembly. Thankfully Atif Qarni is on the scene. He looks at LGBT rights through a completely difference lens. For starters, if elected, Atif Qarni will work to repeal the very Amendment that Bob Marshall wrote. He “will support efforts to extend full and equal recognition to same-sex marriages.” Phew – that would be a change. Getting Qarni elected would be symbolic of Virginia’s path toward the future. After all, we can’t stay stuck in the dark ages forever. Qarni supports legislation to protect state employees from discrimination, and believes that we must have policies in place that ensure that children are not bullied based on their real or perceived sexual orientation, gender identity or expression. And, when asked if he supports second-parent adoptions, he said “both parents in a same-sex couple deserve to have legal parental rights of their child. Children also deserve to have two legal parents as well, just like in a straight couple family.” In short, Qarni is an outspoken supporter of the LGBT community. He won’t let us down. Replacing Bob Marshall in the House of Delegates would be very valuable on the path toward LGBT equality. Qarni needs your support. Vote for him on November 5th. Join Atif Qarni for a special event on Friday, October 11 at 5 p.m. Wanna make last minute plans for Saturday? Volunteer with the Qarni campaign at 10AM. We’d love to have you join us. Sign up here! – 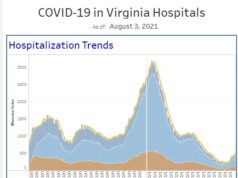 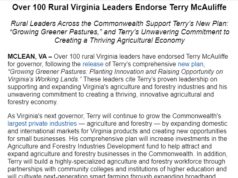