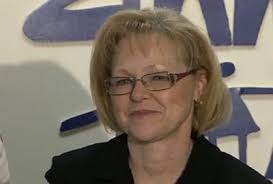 Here’s yet another example of how low you can go if you capitulate to the Tea Party and their benefactors in Virginia this November. North Carolina just reversed a despicable position that had meant North Carolina’s WIC recipients wouldn’t have help during the partial government shutdown. But it shouldn’t gone gone “there” in the first place. It’s a disgrace.

In the face of a partial government shutdown, those receiving food under the Women, Infants and Children Program (WIC) were left hung out to dry, or rather starve. Every other state in the nation gave their WIC recipients vouchers to buy food, but not North Carolina. And in true Tea Party form, Aldona Wos, the righteous radical wrong-wing horror that is the head of our state DHHS (who has crippled our state Medicaid program both by policy and incompetence) blamed guess whom?  Why the President of course.

Every other state figured out how to deal during this crisis but not Aldona. Makes you wonder where Pat McCrory drudged up members of his administration, doesn’t it? Oh, yeh, they are the storm troopers of austerity and minions of Art Pope and Ayn Rand. But, it’s the President’s fault (not!). Her week-late and dollars-short no-can-do approach only gave way when she stood alone in the nation in Draconian contempt for the hungry.  Today, I am happy women and their children finally got their vouchers.  Otherwise, anyone who is happy with this admin has to want gross neglect and incompetence.

Amid all this, the governor (for the rich) Pat McCrory is outfitting his mansion’s bathrooms with marble and other enhancements priced at over a quarter of a million dollars (on the taxpayer’s dime). Let them eat nothing, while he luxuriates at our expense. Oh, yeh, and, remember, Pat McCrory cut unemployment benefits and refused free federal aid to add a half million more poor North Carolinians for Medicaid. So they don’t get it just because McCrory was spiting the President. How low can one go? You have to really hate the poor to behave like this. The program was free for three years and NC would have only had to pay 10% of the cost thereafter. Ditto Aldona Wos, who because of her contempt has no business running NC DHHS.

Please, don’t North Carolina Virginia.  It’s gonna take a generation to undo what harm they have done here in just a couple of years since the Tea Party took over the GA and one year since McCrory won the governor’s race.  Keep fighting, Virginia.  The margin needs widening.