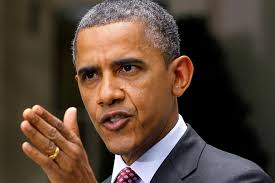 “I’ve taken an oath to protect and defend the Constitution of the United States.  When I say that I will not negotiate concessions in response to blackmailers’ threats, I’m fulfilling that oath. I understand, as I regrettably did not in 2011, when I thought I was protecting the nation by making such concessions, that the constitutional order of the United States requires that I send the message loud and clear:  government by hostage-taking — saying to the nation, ‘Meet our demands or we’ll hurt America’- cannot be tolerated.  It cannot be rewarded.

“So I repeat now what I’ve been saying all year, and the hostage-takers should have no doubt that I mean what I say:  I am not going to negotiate with people pointing a gun at our nation’s well-being. Not on this shutdown. Not on the debt ceiling.

“That’s not how government is supposed to work in the United States of America.

“The Constitution gave us elections and a normal legislative process to decide on the laws that govern us.  I’m going to protect the Constitution against those who would sweep all that aside and replace it with blackmail.“ 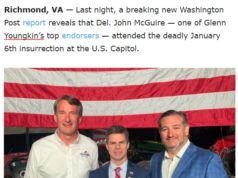