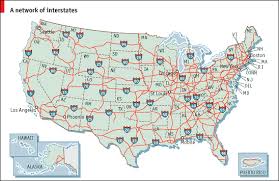 Public investment is at its lowest level since World War II, dropping to just 3.6 percent of U.S. output, compared to the postwar average of 5 percent. The decrease is largely thanks to ‘Republican success in stymieing President Barack Obama’s push for more spending on infrastructure, science, and education.’

What a shame. And what a shame the Obamacare launch has gone so badly, as it provides ammunition for those who work to sell the public the idea that the government is never the solution but always the problem.

Not only is there a problem with the “keep your government hands off my Medicare kinds of ignorance,” but most Americans don’t know how important a role has been played, in the development of American affluence, by “public investment”– including the canals and bridges that the Federalists and Whigs sought in the early 19th century, and the railroads in which government played an important role, as well as things like the interstate highway system and the Internet (in which actually Al Gore did play a constructive role).

The whole challenge is to find the right mix between the public and the private in our economy, not to idolize the one and demonize the other.