While Ken Cuccinelli has staked his campaign on the idea that grassroots enthusiasm for his candidacy will overcome the fact that he’s alienated mainstream Virginians, yesterday’s Cuccinelli events made clear that enthusiasm is an illusion.

Cuccinelli attended “rallies” that included “just a few dozen people” or less, “heavily-promoted” events that fell far below expectations, and “crowds” that were one or two people deep.

Chesterfield: “The “rally” was small—just a few dozen people, including teenagers and one U.Va student in a blue blazer and orange pants—but the organizers had found the nicest office I’ve ever seen” http://thebea.st/1cxEmvY

Bristol: “his audience was a friendly crowd of about 30” http://bit.ly/1cxGgge 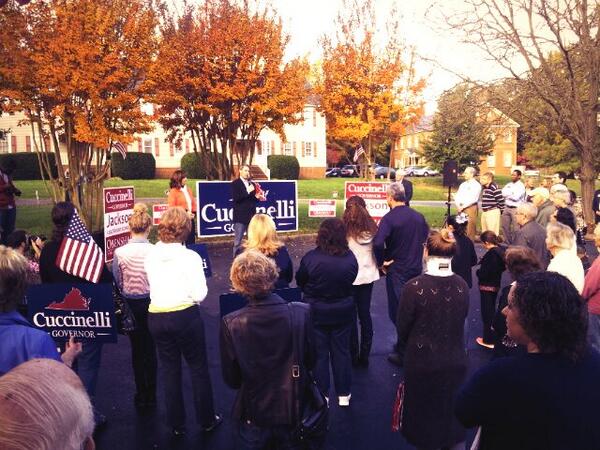