Click on the image below to listen to the story by Michael Pope for WAMU. It’s an absolute disgrace; as Del. Scott Surovell puts it, “What these guys do is government-authorized loan-sharking with the repo man acting in the role of Don Corleone.” Surovell adds, “It’s not the kind of business we want to be attracting to Virginia.” Yet, pathetically, Democratic Senate Leader Dick Saslaw has been a major proponent of this “government-authorized loan-sharking,” for instance in bills such as this one (note that there were actually a handful of “Democrats” who voted for this monstrosity in the House of Delegates – WTF guys?!?), along with most Republicans (bad, but not surprising, as we expect those guys to do the wrong thing). 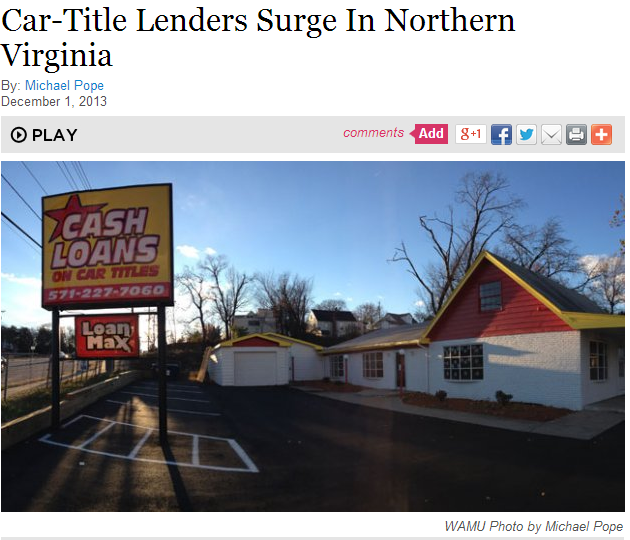