…check out the following graph and post by Steven Benen. The bottom line is that Republicans absolutely dominate the Sunday talk shows – “In all, 10 of the top 13 are Republicans, as are six of the top seven.” And even among the Democrats, notice that one of them – Joe Manchin of West Virginia – is THE most conservative Democrat in the Senate? Also note that Newt Gingrich, “who hasn’t served in public office since resigning in disgrace 15 years ago, was tied for third place with Senate Majority Whip Dick Durbin (D-Ill.), one of only a few Democrats to make the cut.” In sum, it isn’t just that the media’s not “liberal,” it’s that it’s wildly biased to the right. But don’t expect Republicans to believe that, as they live in an alternate universe where empirical evidence is irrelevant (for yet another example, see Republicans’ belief in evolution plummets, poll reveals – and no, this isn’t an Onion parody!). 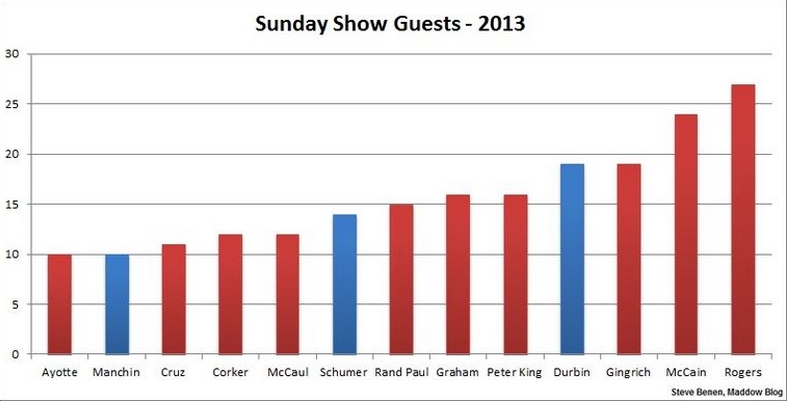