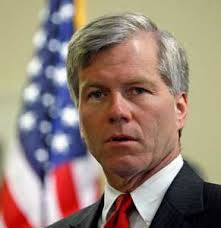 First, it is of course true that misconduct by elected leaders happens among Democrats as well as Republicans. One can recall Dan Rostenkowski, then Speaker of the House, with his Post Office problems that put him behind bars. And Senator John Edwards, one-time Democratic Vice Presidential nominee, fathering a child with another woman while his wife struggled with the cancer that soon killed her.

So politicians, and people generally, of all stripes have been known to behave badly. But perhaps there is something more specifically Republican about the bad conduct (and perhaps crimes) of Bob McDonnell and Chris Christie.

Bob McDonnell — or, to be more accurate, the McDonnells — went wrong, it seems, because of a felt necessity to partake in the trappings of great wealth. The infatuation with wealth as a source of self worth has deep roots in American culture. But clearly in America today, it is the Republican Party that seems particularly prone to worshiping at the altar of Mammon. 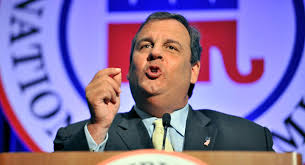 As for Chris Christie, we are of course still learning about the apparently petty and corrupt strong-arm tactics involved in the developing scandals in New Jersey– the lane closings at Fort Lee, and the Hurricane Sandy funds being funneled in some directions and not others, etc.

But what emerges from what’s known so far is a picture of government by bullying. Chris Christie, that is, appears to throw his weight around — so to speak — in the manner of bullies everywhere.

And what could be more Republican, in our times, than bullying?

The Republicans– the party of George W. Bush and his 2002 bullying of Congress to get an authorization for the use of force; the party of congressional extortion over the debt ceiling; the party of across-the-board power-plays to obstruct; the party of a Fox interviewer who disrespectfully interrupts the President dozens of times in a matter of minutes; the party that’s intimidated the press into being balanced between the truth and the lie; the party for which threat and attack are the two main modes of political interaction.