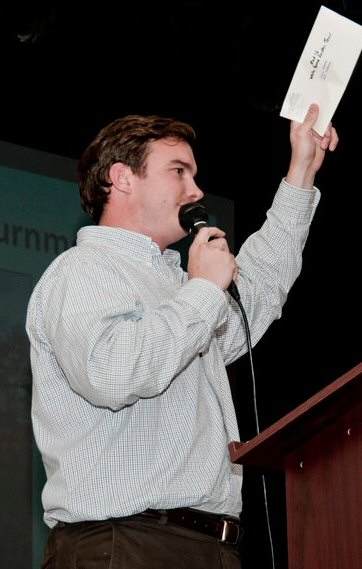 The following comment by former DPVA Political Director, former Alexandria Democratic Committee chair, and current Lt. Gov. Ralph Northam Chief of Staff Clark Mercer was originally posted on Tom Greeson’s Facebook page, and is reprinted here with Clark’s permission. It’s in response to Tom Greeson’s question, “Was there really a quorum call at the ‪#‎FCDC‬ meeting tonight to prevent ordinary business? Why was that? Praying for a peace treaty!” This prompted a lot of comments, including one by Ben Tribbett that Clark references (“No offense, but for most of us in the room, we were not interested in hearing more people make points. Virtually everyone there had decided how they were going to vote. I understand you wanted to speak, but the rest of us (and our time) have to be respected also. There were multiple speakers on both sides of the issue. The Chair does not have to allow every member to speak on every issue they want to speak on.”).

I couldn’t agree more with Clark (and Ben), and honestly wonder why anyone would want to attend Democratic committee meetings when this kind of stuff is what they get to sit there and watch for hour after hour. What a complete waste of time. Anyway, here’s Clark’s epic comment (formatting and bolding added by me for clarity and emphasis):

Tom Greeson’s last comment is spot on as they say. Volunteer based organizations such as these are very tough to run, and if members want to cause meetings to run slow or get off track, then can. People pay a lot of money and go to really fancy schools to learn how to manage non profits- it’s a very tough task. Given the size and scope of Fairfax, the budget of FCDC, and the competing interests and priorities of folks, it’s remarkable the amount of work and production that comes out of the committee. FCDC is no different than many other Dem or Republican organizations, or for that matter service-related groups such as the Moose Lodge, NAACP, Masons, etc. that all thrived 20+ years ago with a monthly committee meeting format.

Things have changed across the board now with how people plug into their communities and give their time and treasure. The monthly committee format for all these groups is a dinosaur if not retooled to give members a tangible opportunity to “do stuff” (real technical term!). Members need to walk away feeling like they have moved the ball forward in electing Democrats and growing the party. Spending too much time on officer reports and things that can be communicated over email will drive people away- you have one chance to make an impression on a new, or potentially new, member. You have to ask yourself why a quorum isn’t being attained- members should want to attend meetings. OFA and DFA are groups that put members to work.

Benjamin Tribbett’s comment is also spot on- with respecting people’s times. We just don’t have so much spare time to waste going to unproductive meetings. How many calls could FCDC members crank through in 1/2 hour if there was a quorum, how many letters on Medicaid could be written, etc. Maybe 20 years ago you needed to go to a meeting in person to find out what was going on, who was running for office, how to donate, where to show up to a rally, etc. That’s simply no longer the case and committees have to understand the seismic shift in how people engage if they are going to attract and keep new members and “get stuff done”.

Now, why can’t there be a whole bunch more Clark Mercers in the Democratic Party? If so, we’d be a lot more effective than we are now, win a lot more elections, and make this state and country a lot better place. But noooooo…. 🙁

P.S. This is not meant in any way to disparage the efforts of superb people like FCDC Chair Sue Langley, who from what I hear did an excellent job handling the situation Tuesday night (e.g., she followed the rules and did what she had to do).

Rep. Don Beyer (D-VA08): “At long last, Donald Trump will leave office tomorrow… I was here through it all, and can attest to Trump’s historic legacy of failure.” https://bluevirginia.us/2021/01/rep-don-beyer-d-va08-at-long-last-donald-trump-will-leave-office-tomorrow-i-was-here-through-it-all-and-can-attest-to-trumps-historic-legacy-of-failure