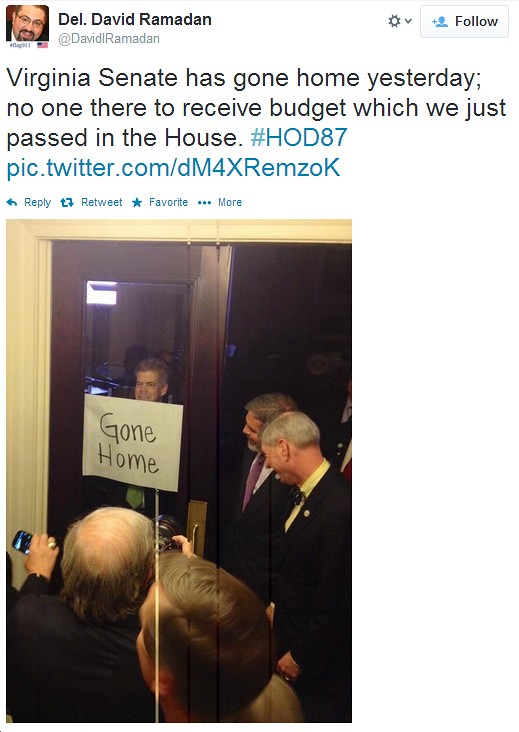 Here are a few national and Virginia news headlines, political and otherwise, for Thursday, March 27. Also, check out the frat boys…er, Republican House of Delegates members, acting like 7th graders and generally being idiots. Oh, and of course, right-wing nutjob David Ramadan just loves it.

*Barack Obama: US and EU will coordinate deeper sanctions against Russia

*Obama Tells Pope Francis He Is a “Great Admirer”

*House GOP Weighs Next Move On The Contraceptive Mandate (“‘We write the laws not the Supreme Court,’ said Rep. Michele Bachmann.” And that’s a frightening thought!)

*Va. Republicans need to end their excuses for not expanding medicaid (“The state routinely accepts federal dollars on less generous terms without similar hand-wringing, and the legislature would be able to roll back the program if the feds pulled back on the funding.”)

*Deeds report done but being withheld from public (Why would it be withheld?)

*Filing Deadline for Dem Primary Arrives (“The end of the business day today, March 27, marks the filing deadline for the 11 candidates who’ve announced they’ll seek the Democratic Party nomination to fill the seat being vacated after 23 years by Rep. Jim Moran.”)

*8-year-old girl’s appearance is beyond ‘hairstyle and tomboy issue,’ Christian school says (This is happening in America, 2014?!? Wow.)

*Sunshine before a soggy weekend (“The day starts off chilly, but sunshine should be strong enough to warm things up.”)