Great, albeit not surprising, news.

A Columbia Pike streetcar would spur $3.2 billion to $4.4 billion in development over the next 30 years in Arlington and Fairfax counties, triple the amount that would be triggered by improving bus transit, according to a consultant’s study released Wednesday.

The report by HR&A Advisors said the benefits of building a streetcar line between Bailey’s Crossroads and Pentagon City would far exceed the expected $310 million cost of the project – boosting property values, new construction and tax revenue.

Development encouraged by the streetcar project would result in as many as 6,600 new jobs…

If you’re interested, I strongly recommend that you check out the study for yourself. Also, I’ve taken a few screen shots of highlights, which you can see below. The bottom lines are:

1. The economic benefits to Arlington and Fairfax Counties that would come from investing in a streetcar system rather than enhanced bus service are enormous. It’s not even close. Heck, it’s not even CLOSE to being close. Which really calls into question what the anti-streetcar folks – including Republican and anti-streetcar County Board candidate John Vihstadt – have been yammering about the past few months. It’s never made any sense to me, and after this study, I am 100% certain that the anti-streetcar folks’ arguments are just dead wrong. 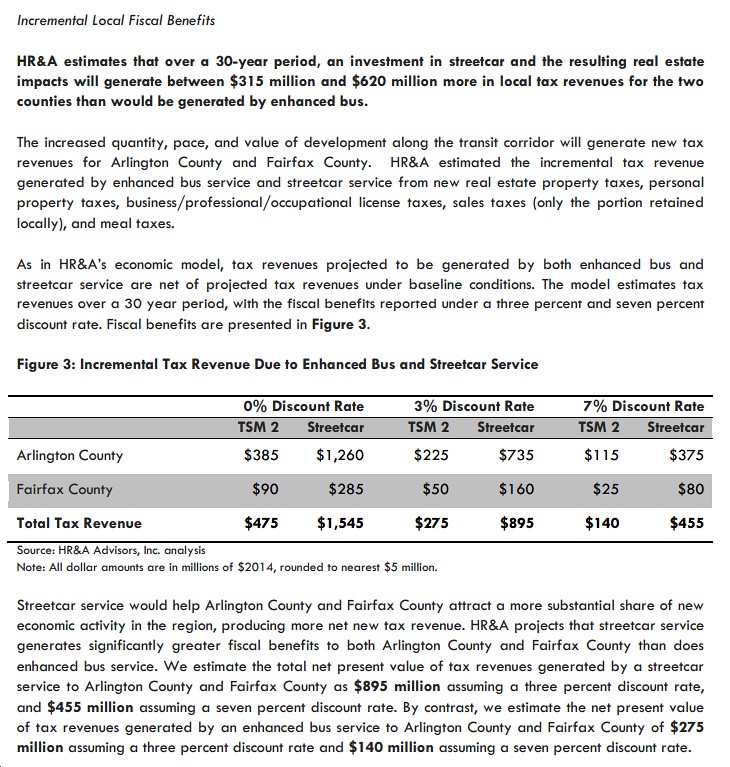 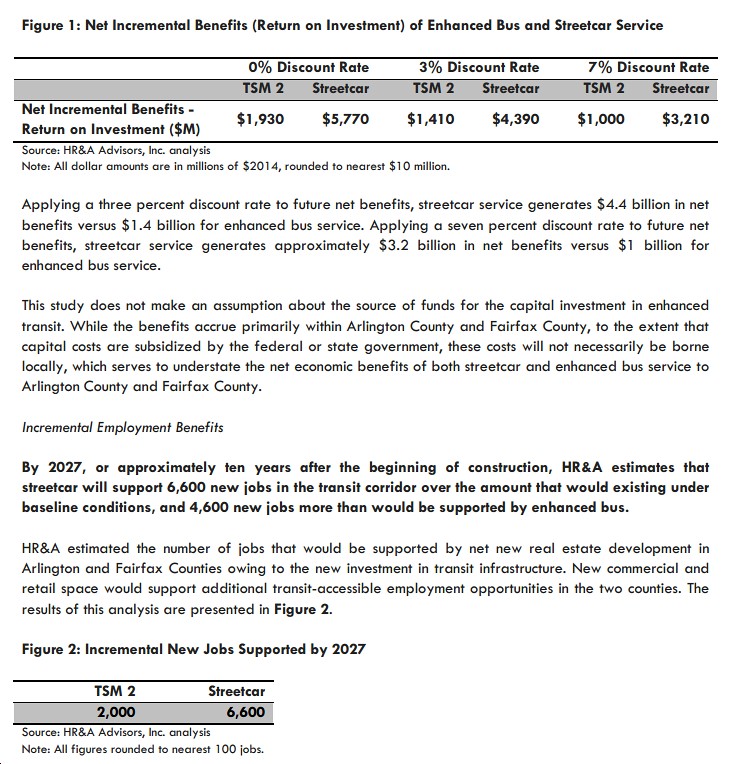 Yet MORE bad press for Glenn Youngkin: "Racked Up Bad Bets Before Switching to Politics"; "colleagues say he left [Carlyle Group] after missteps and a power struggle" https://bluevirginia.us/2021/08/wednesday-news-the-west-is-on-fire-its-past-time-to-act-on-climate-change-the-anti-american-right-if-cuomo-had-any-self-respect-hed-resign-nina-turner-learns-the#comment-5481632197 h/t @JakeRubenstein