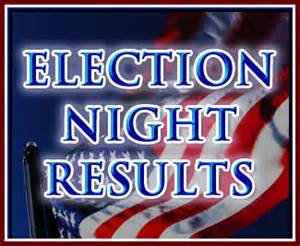 Arlington County polls closed at 7 pm, results should be coming in shortly (unlike in DC, where they take hours for no apparent reason – heh). Here’s a bit of background to provide context.

*You can see the precinct-level results here for that 2012 special election. As you’ll quickly notice, even in deep-“blue” Arlington, special elections can be very close, in part because “federal voters” tend to turn out in much lower numbers, which overwhelmingly hurts Democrats. Also note that in special elections, there are several Arlington precincts (e.g., Aurora Hills, Crystal City, Madison) that have a Republican lean to them. Strong Democratic precincts include Abingdon, Glebe, and Virginia Square. We’ll definitely keep an eye on those as results come in…

*By most accounts, turnout today was fairly low, but we’ll see soon enough. At the precinct I volunteered at (Virginia Square) for a couple hours, turnout seemed to be running very close to what it was in the 2012 special election. All else being equal, I’d expect higher turnout to help the Democratic candidate (in this case Howze), while lower turnout should help the Republican candidate (in this case Vihstadt, who has claimed to be an “independent” or even “fusion candidate” – yeah, whatever).

UPDATE 7:58 pm: My instant analysis of this is what I’ve been telling people for months, pretty much. First, the “energy” has been far more on the anti-streetcar, anti-aquatic-center, anti-County Board side. Second, this is in large part the result of a serious failure over the past few years by the board (and other leaders in Arlington) to communicate clearly and to not come across as (the oft-heard-combo) “insular, arrogant, and uncommunicative.” Third, Vihstadt et al. ran a strong campaign; even if it was fundamentally dishonest, it tapped into real anger and frustration out there effectively, and in politics, that’s ultimately what matters. Fourth, I’d say that Alan Howze is a smart, level-headed guy who would make an excellent board member, but he was in an extremely tough position given the aforementioned. The main thing I wish he’d done differently would have been to call out Vihstadt’s dishonesty more directly, and also to tell voters that he “got it” regarding their anger at the Board on a variety of issues (e.g., I think Howze could have really spoken up about the outrageous assessments in Clarendon, what the deal was with that and why the Board had provided no transparency on that, weeks after the story broke on ArlNow). Anyway, enough for now…other than to report that with 47/53 precincts reporting, it’s currently County Board member-elect Vihstadt 11,451-Howze 8,393. Oh, and can we NOT assume that Howze will win in November? Thank you. 🙂