UPDATE 2:27 pm: Mediaite has posted a correction. That puts them several notches above Faux “News,” which rarely corrects its misinformation.

Just one slight problem here: as of 5 pm yesterday, which was the filing deadline, the individual referenced below by Mediaite as a supposed “Dem candidate” in Virginia’s 7th CD, had not filed and therefore had not met the requirements to be on the ballot. On the 7th CD Virginia Democratic Committee website it says clearly, “Due to No Candidate filing, there will be no local caucuses or District Convention.” Yet somehow neither right-wing media outlets Faux “News” or Mediaite could figure that out. Much better to claim that this individual, with an…uh, colorful past…is a “Democratic congressional hopeful attempting to unseat House Majority Leader Eric Cantor (R-VA).” Again, at least as of last night’s filing deadline, there is no “Democratic congressional hopeful attempting to unseat House Majority Leader Eric Cantor.” Of course, we wouldn’t want little things like “facts” to get in the way of the right-wing media’s false narrative, now would we? LOL 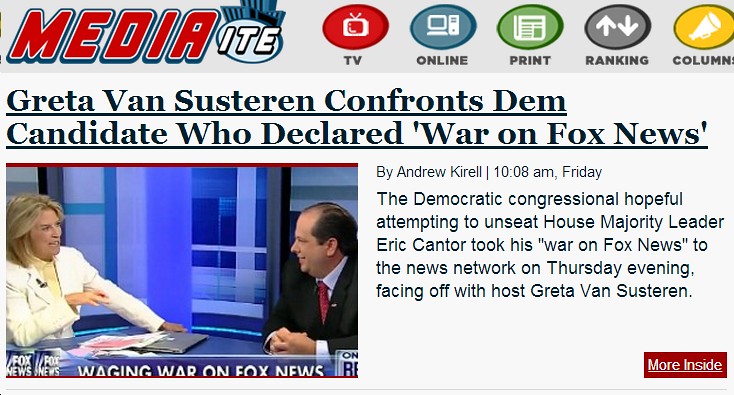 Friday Night Update from the ER in Arlington, VA: “While the numbers are better than a month ago, I suspect we still have 4-6...